A 4 and a half hour train journey took us from Edinburgh to King’s Cross station in London. 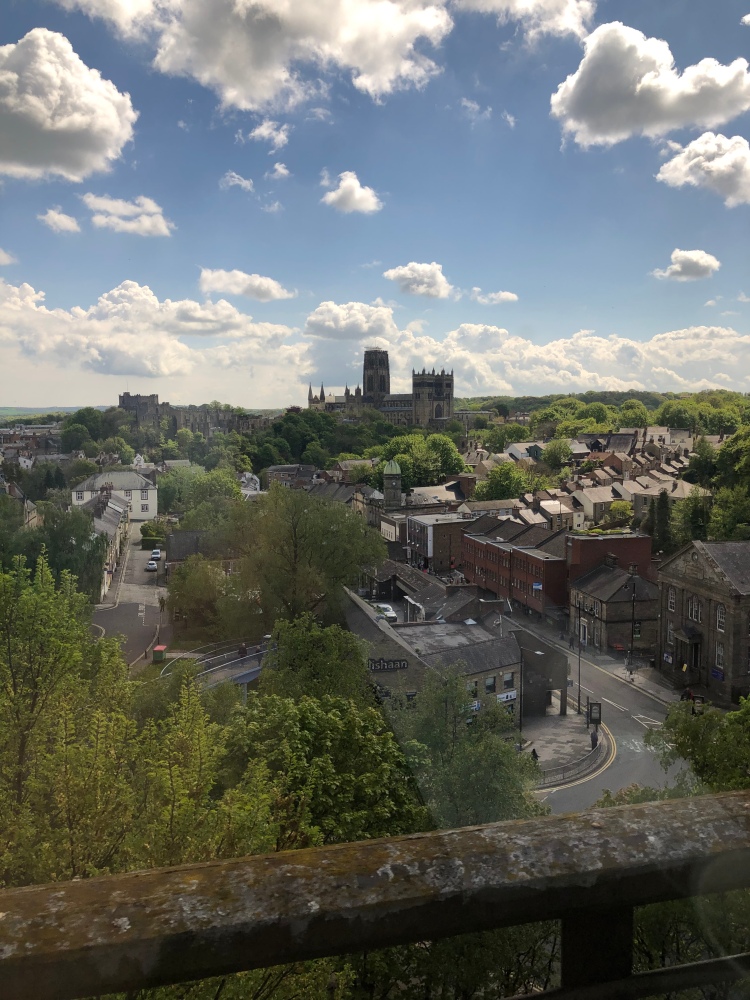 Arrived at King’s Cross and received a call from the woman who was going to let us into the flat. She has an emergency so couldn’t meet. 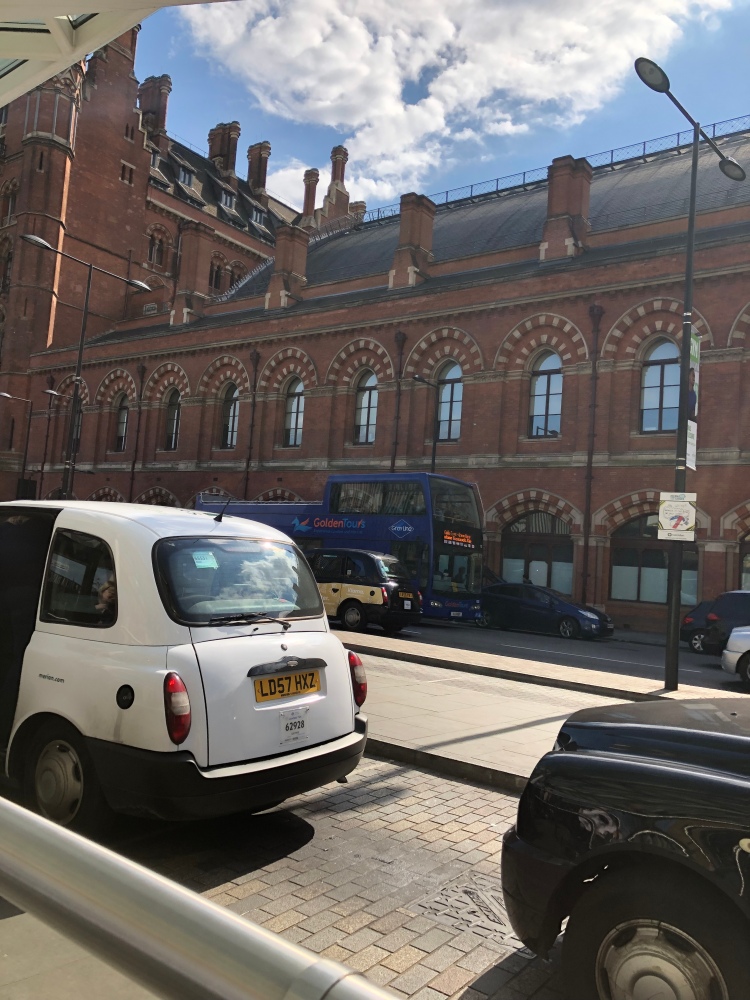 Instead we needed to collect keys from a news shop and then go to the flat. The process–and having trouble finding the address–added about an hour to our plans but we eventually got in. 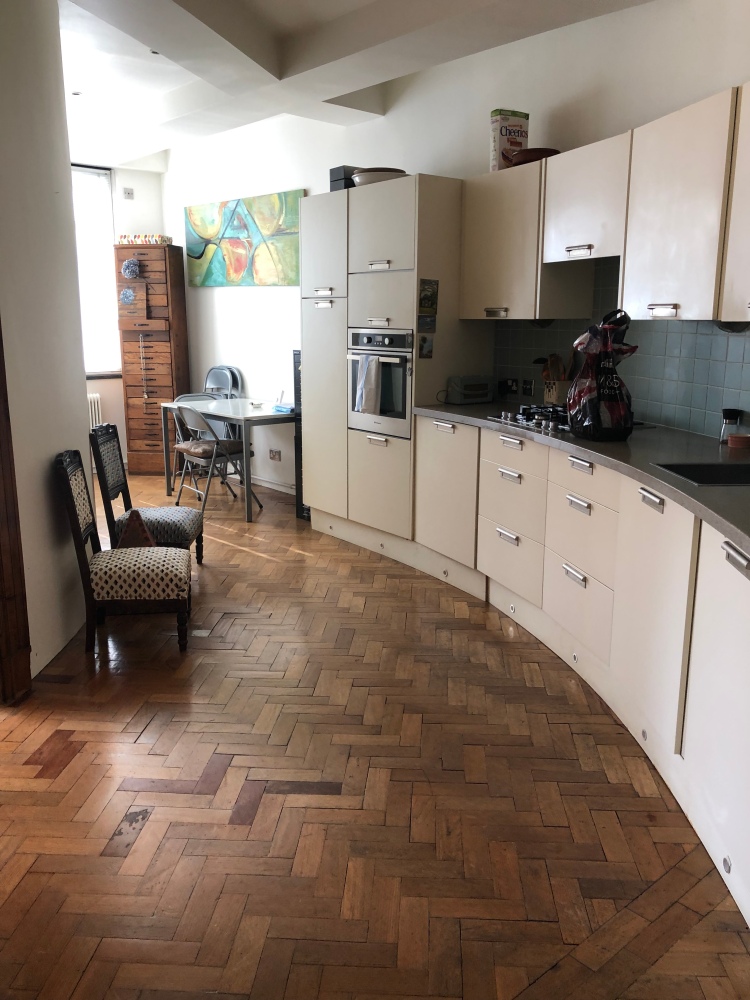 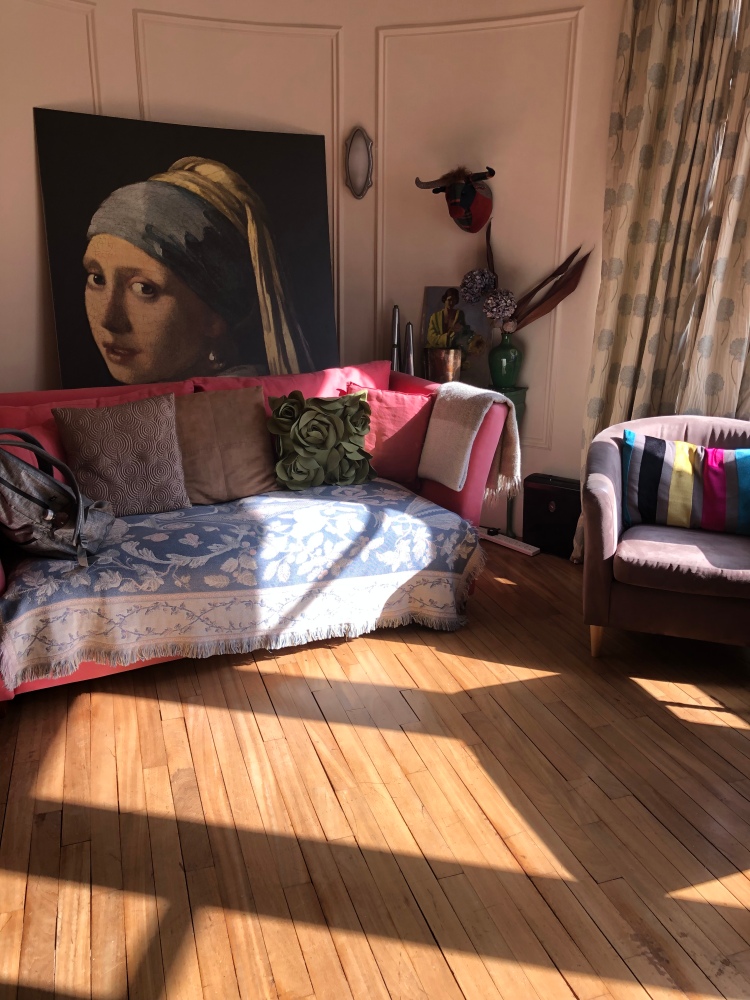 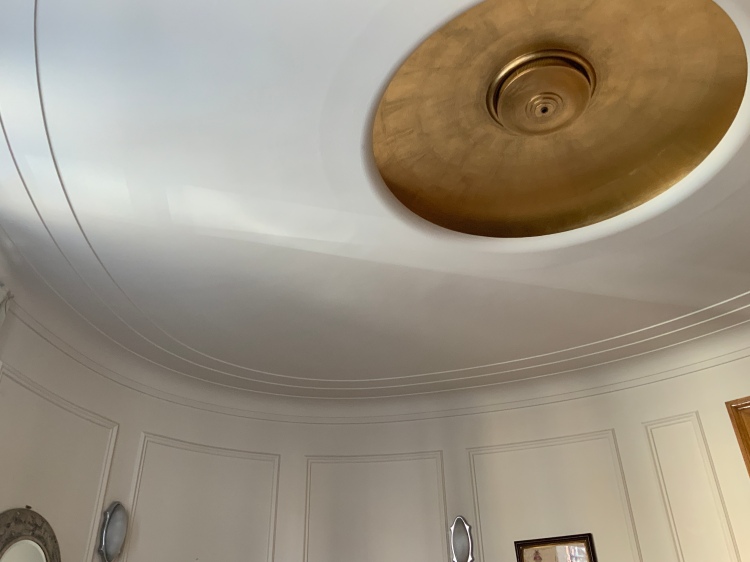 The name of the flat is the Oval because of the shape including the oval sitting room which has a curved door. 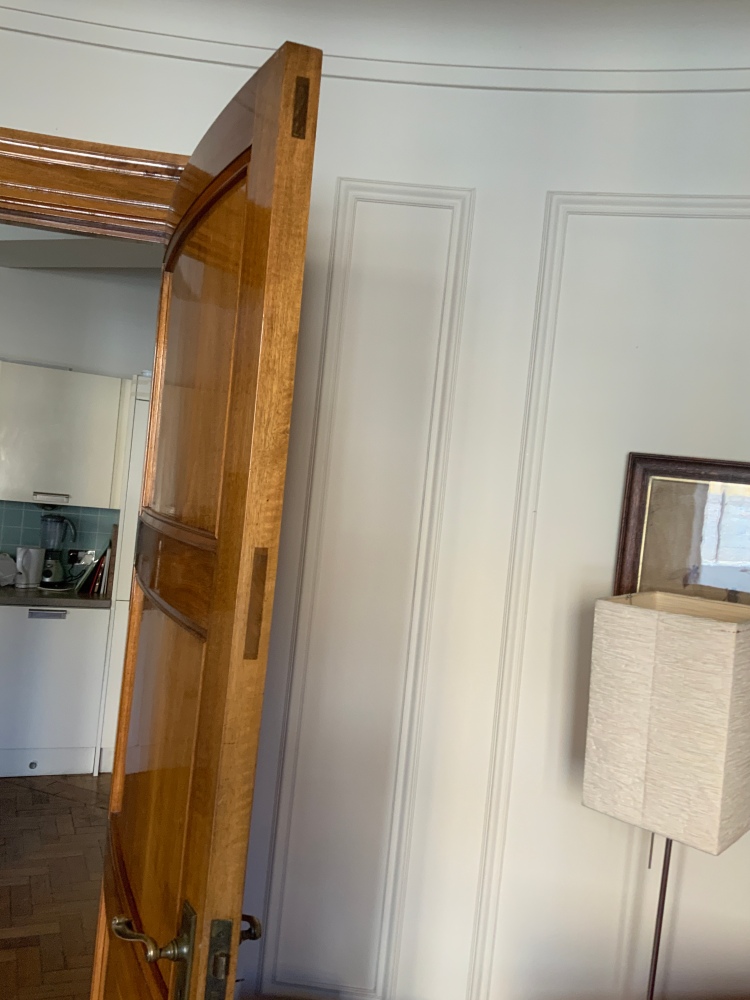 The flat is in Clerkenwell, a bit north in the city centre but full of good restaurants.

After dropping our bags, we caught a taxi to near Bridge Theatre and had dinner at Baluchi an Indian restaurant. 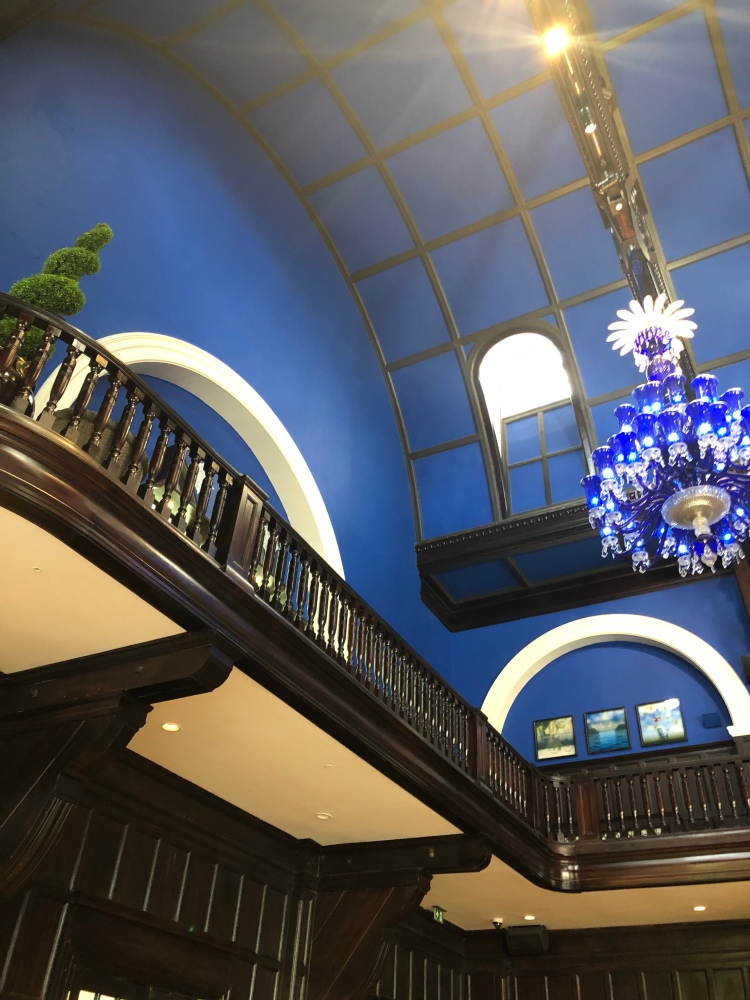 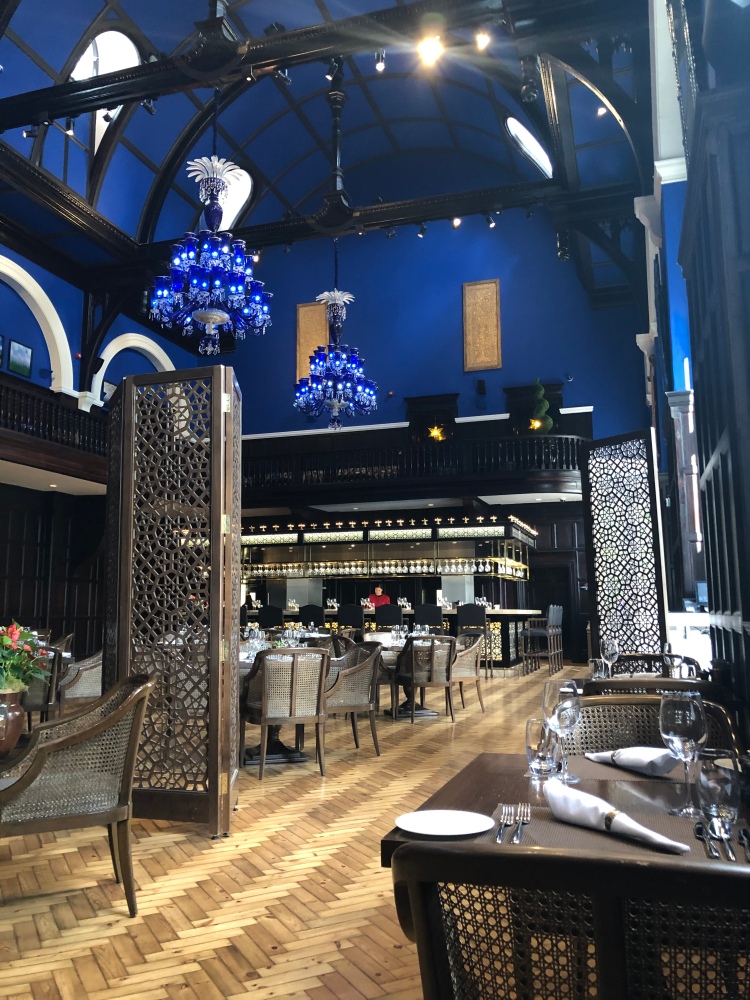 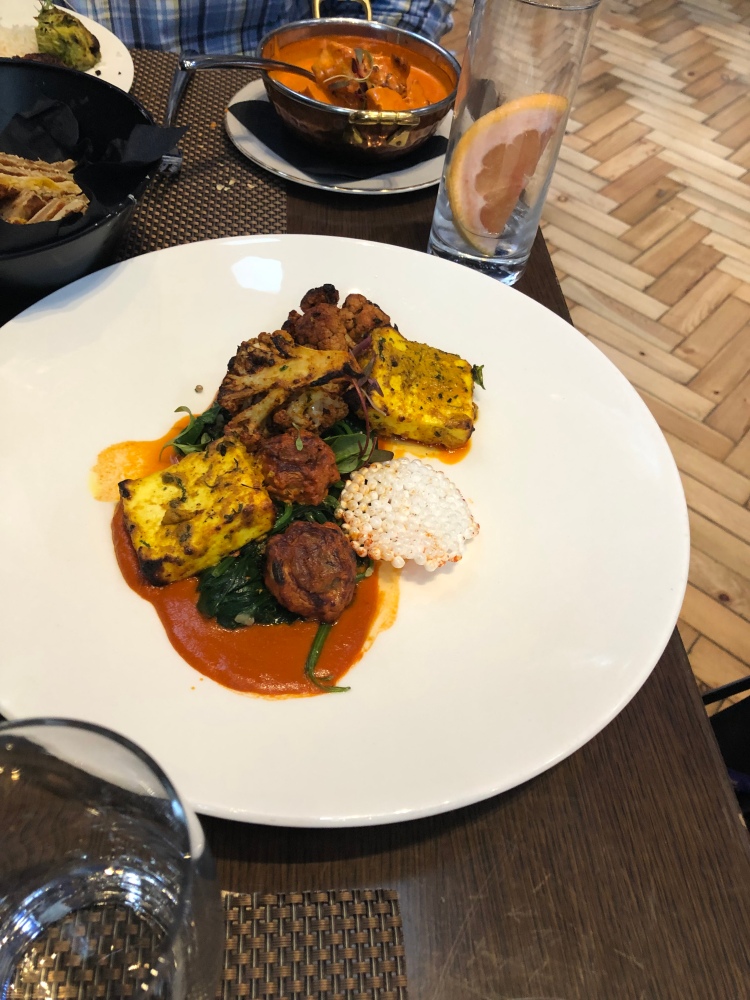 At Bridge Theatre we saw “A German Life” a one actor performance by Maggie Smith. 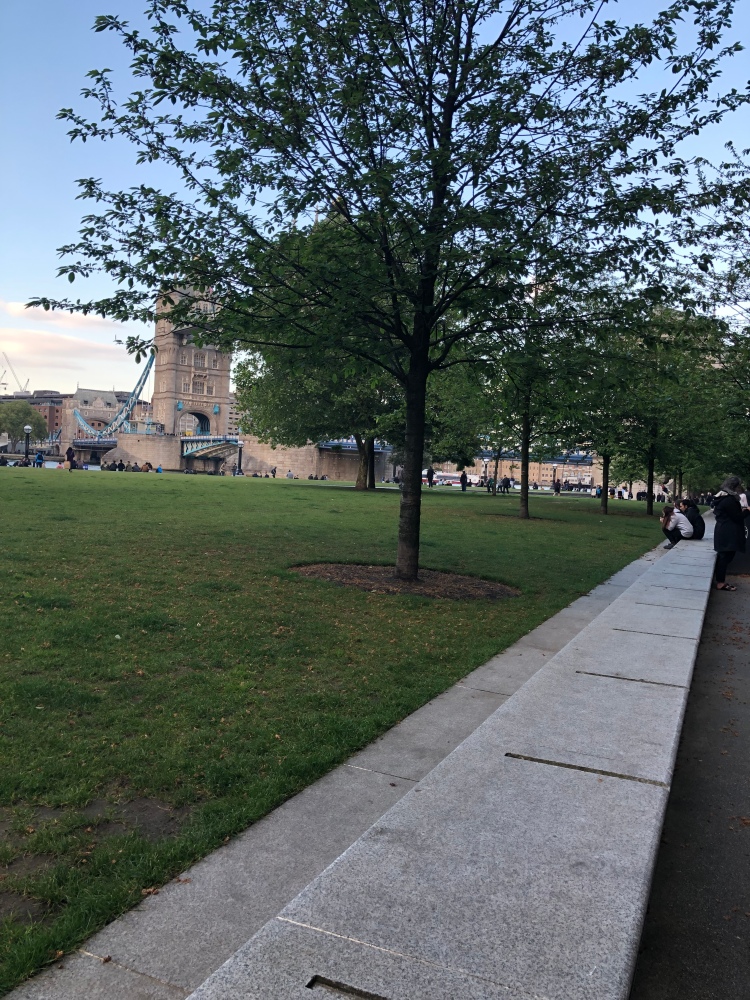 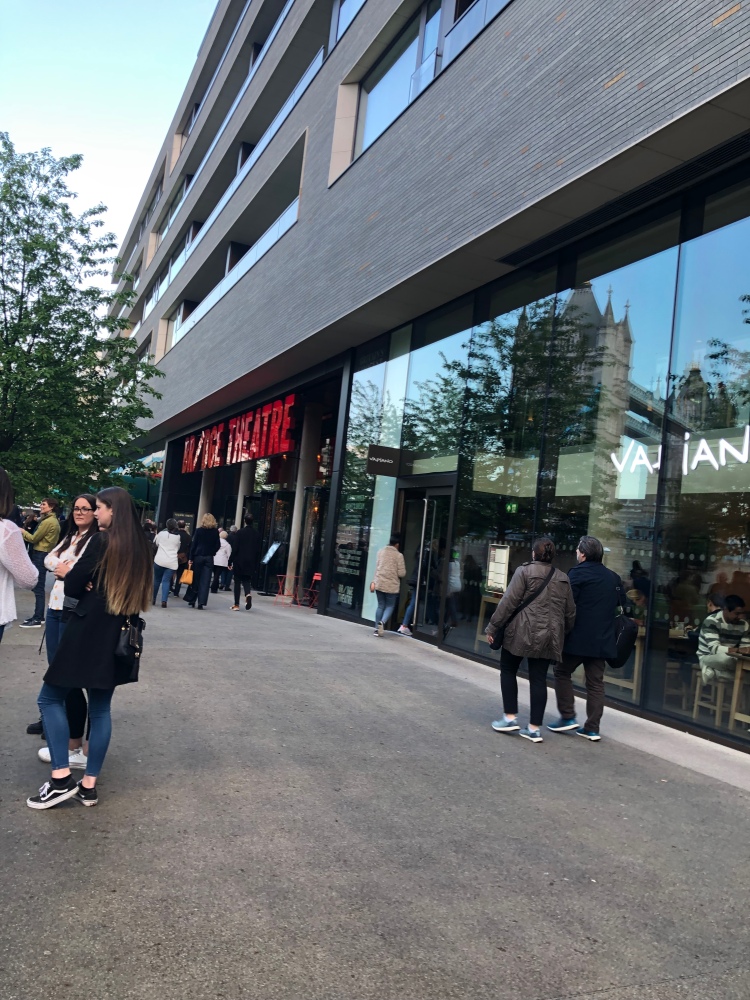 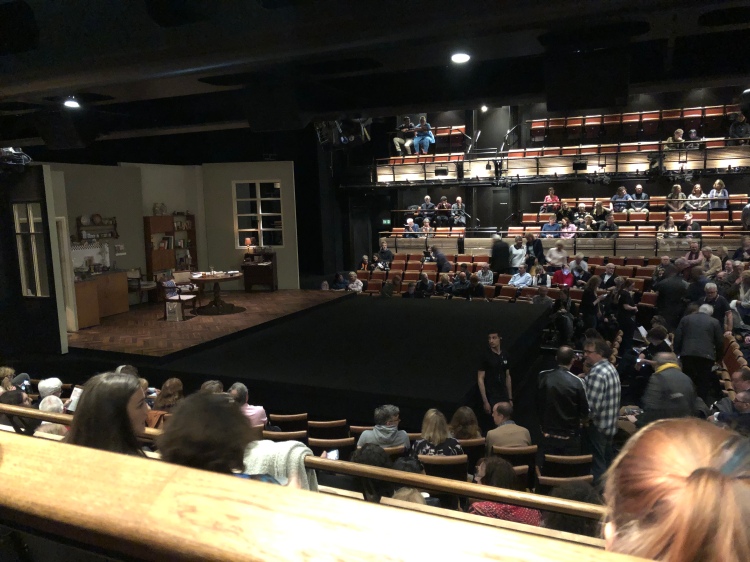 The play was about a woman who recalls living in Berlin and working for Goebbels’ propaganda department during WWII. The character tries to absolve herself of what happened during the war. There were many interesting comments, such as the false information in the news and ignoring what was going on elsewhere and not thinking about what is observed, that could be interpreted as commentary on today’s situation.