We drove through steady rain to Warrington Bank Quay station where we could catch a direct train to Edinburgh. The station is south of Liverpool. Our train was late but the rain had ceased to fall. 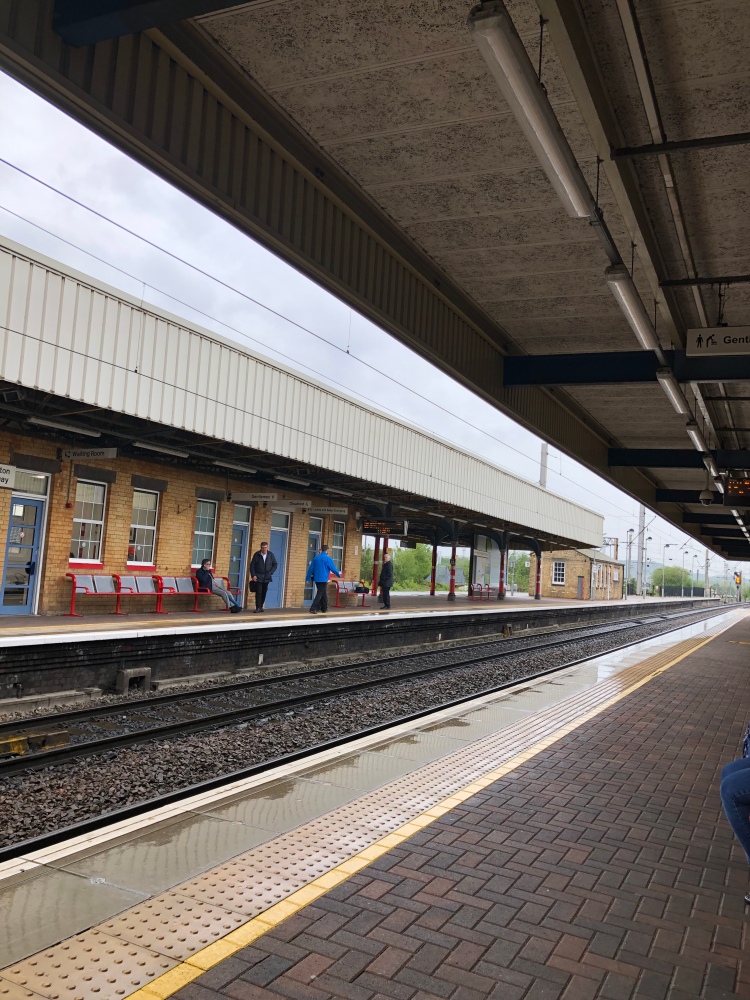 Arrived in Edinburgh to more rain.

Thursday our hosts were busy so we set off to the centre on our own–with transport by Uber.

First stop was the Queen’s Gallery at Holyrood Palace to look at the exhibition about King Charles II. The theme was about the importance of art to the restoration of the monarchy. The exhibition is small.

There’s an similar work by Allori in the Borghese Gallery in Rome. I’m going to have to find out more about this painting.

King Charles I acquired a bunch of Leonardo da Vinci sketchbooks. The Queen is exhibiting some pages during this 500th anniversary of Leonardo’s death. There were two as part of this exhibition. 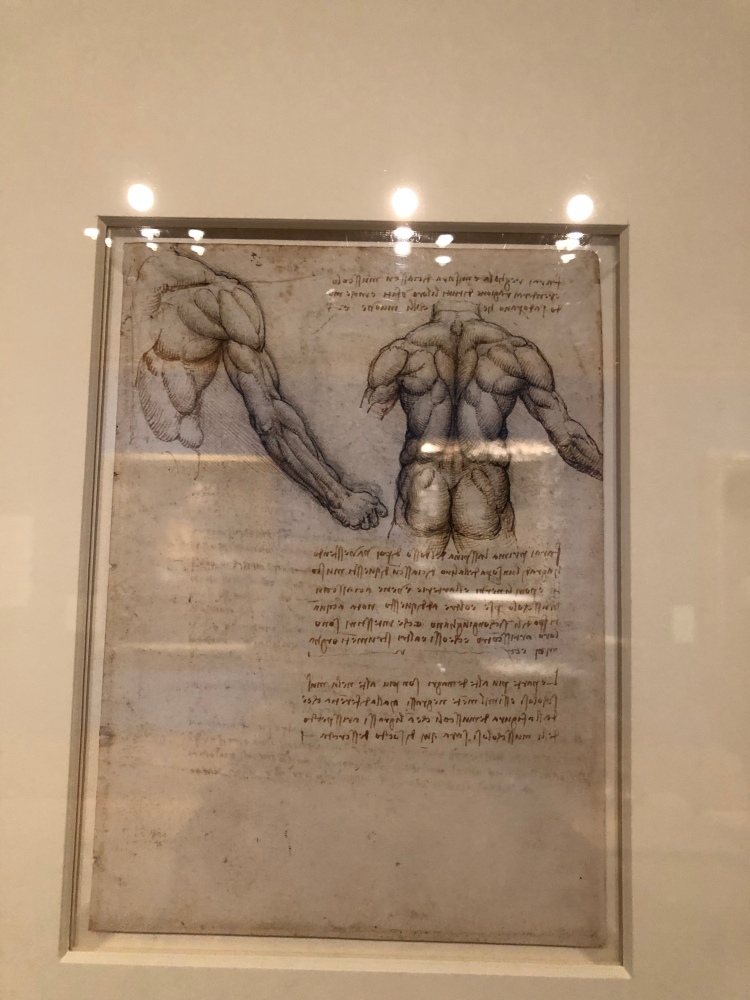 Below are Parmigianino and Veronese: 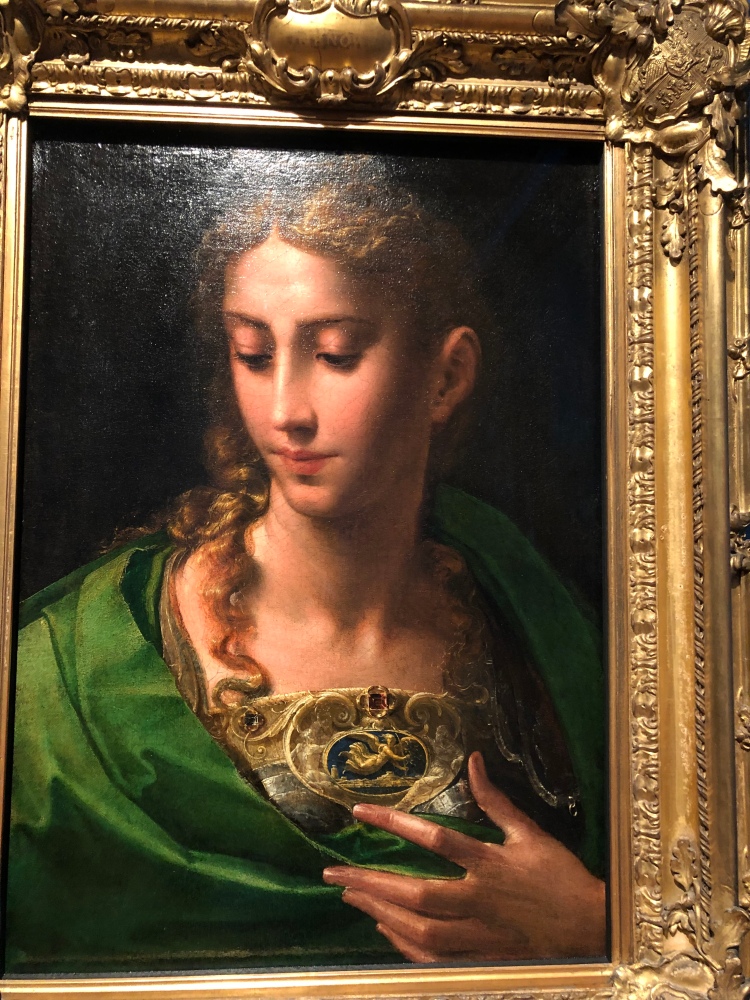 We walked up the Royal Mile, still as full of tourist tat as ever. There now is a pedestrian only zone.

The art galleries in Edinburgh are free except for the Queen’s Gallery. We went to the Museum of Scotland for a lunch and little look around.

After we did some shopping in the Grassmarket area.

And at Harvey Nichols from where we could see the Scottish National Portrait Gallery.

For dinner we went to Timberyard restaurant for a tasting menu. 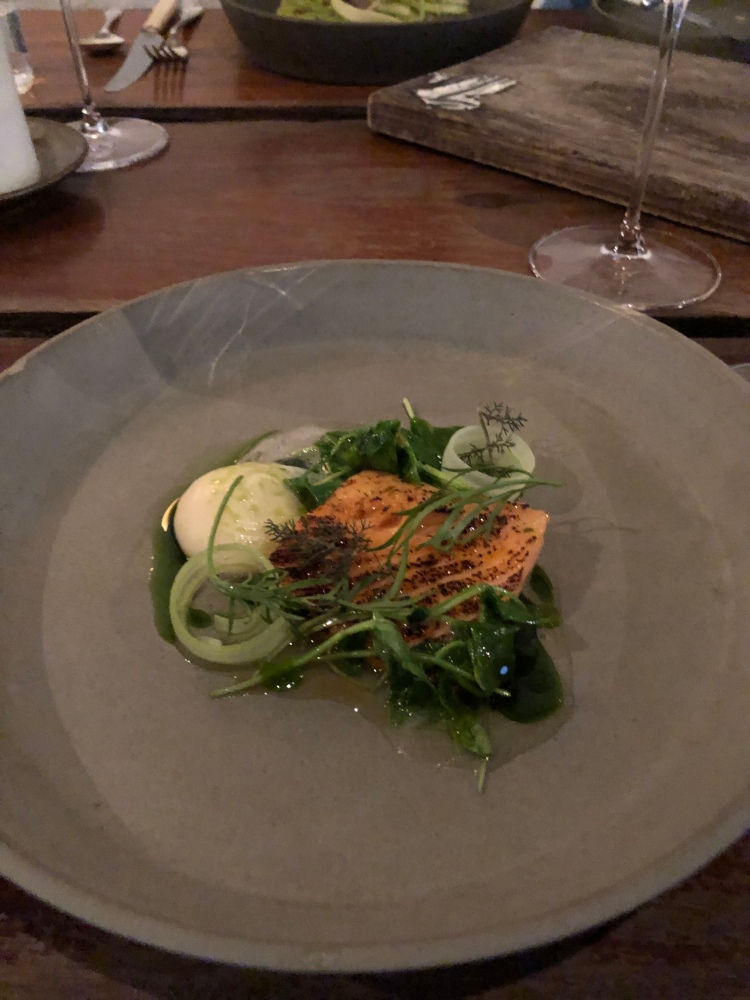 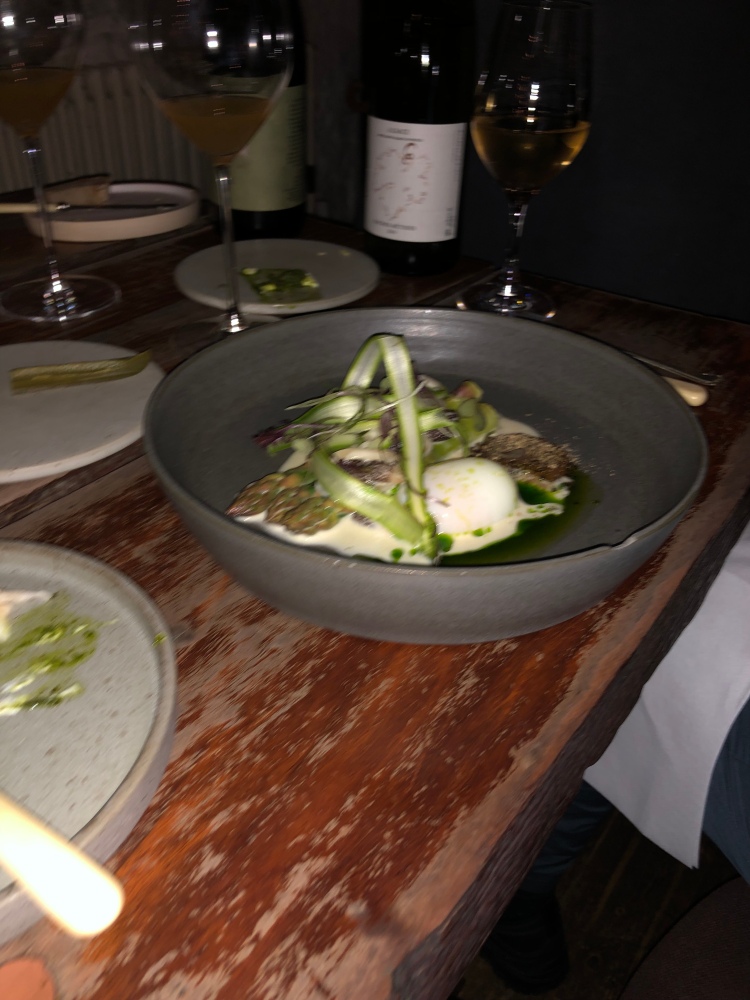 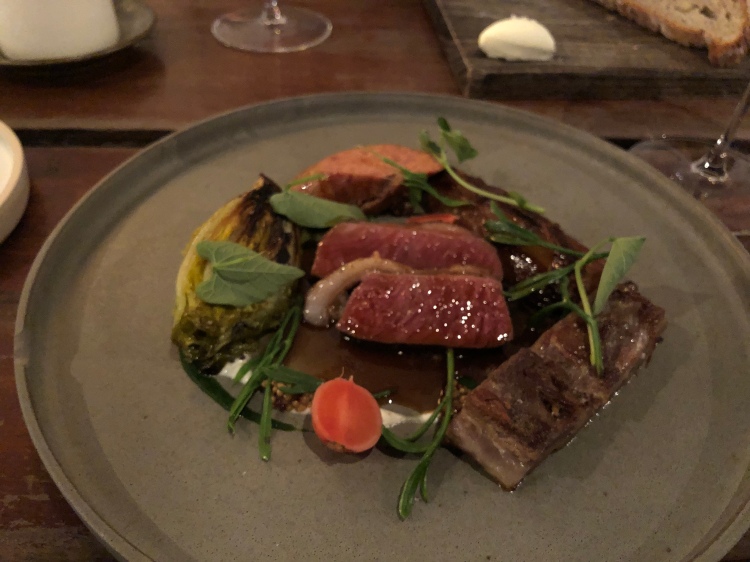 Courses we had: scallop, trout or egg, lamb and desserts of panna cotta and rhubarb. Not as overwhelmingly filling as the menu we had in Liverpool.

On Friday, our hosts drove us out of Edinburgh for a little day trip. First stop was the Palace of Linlithgow, famous for being the birthplace of Mary Queen of Scots. A fire in the late 1700s left the place a ruin. It was used for the rulers’ pleasure and not a fort. 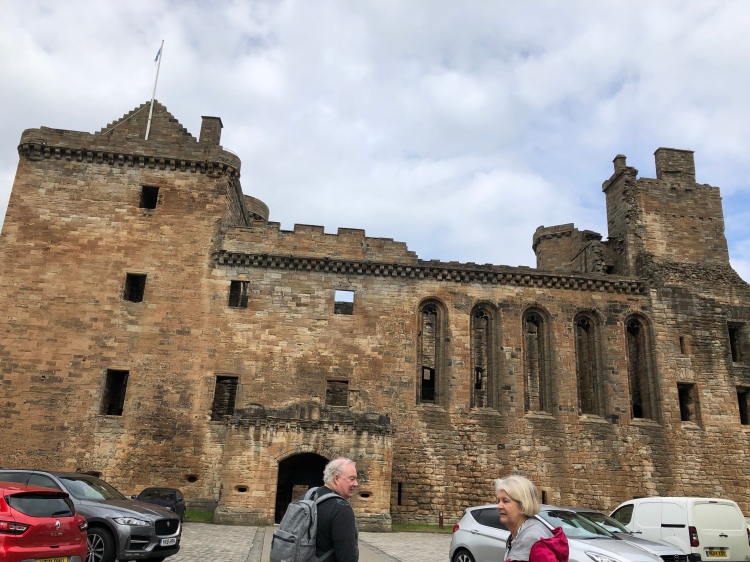 Adjacent is the parish church of St Michael’s, where Mary was baptized. 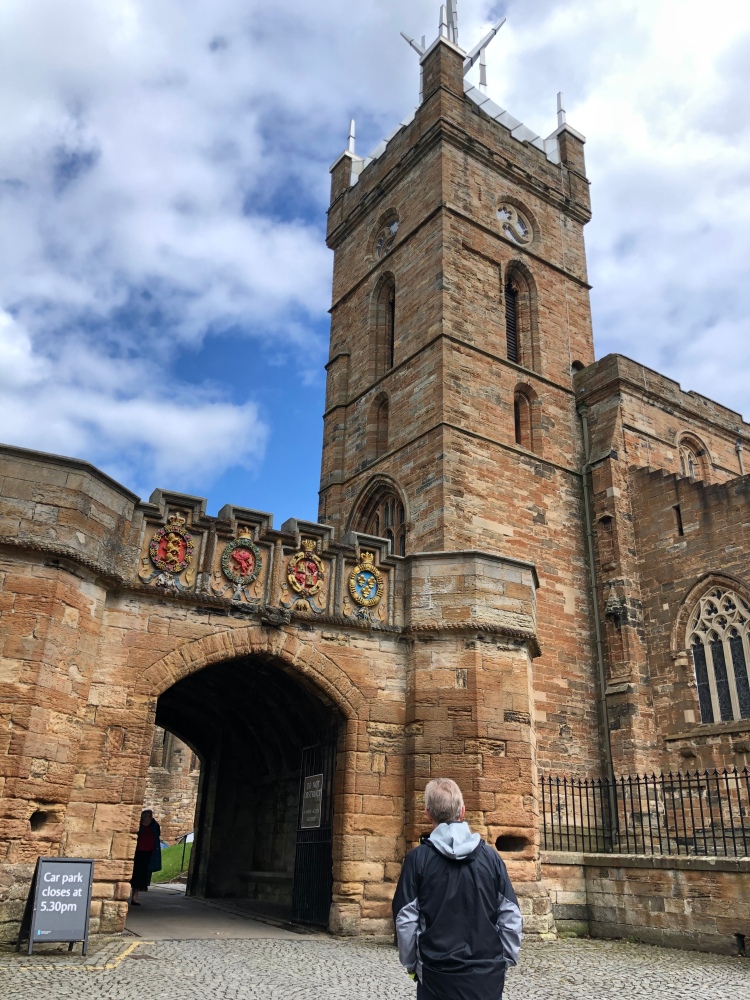 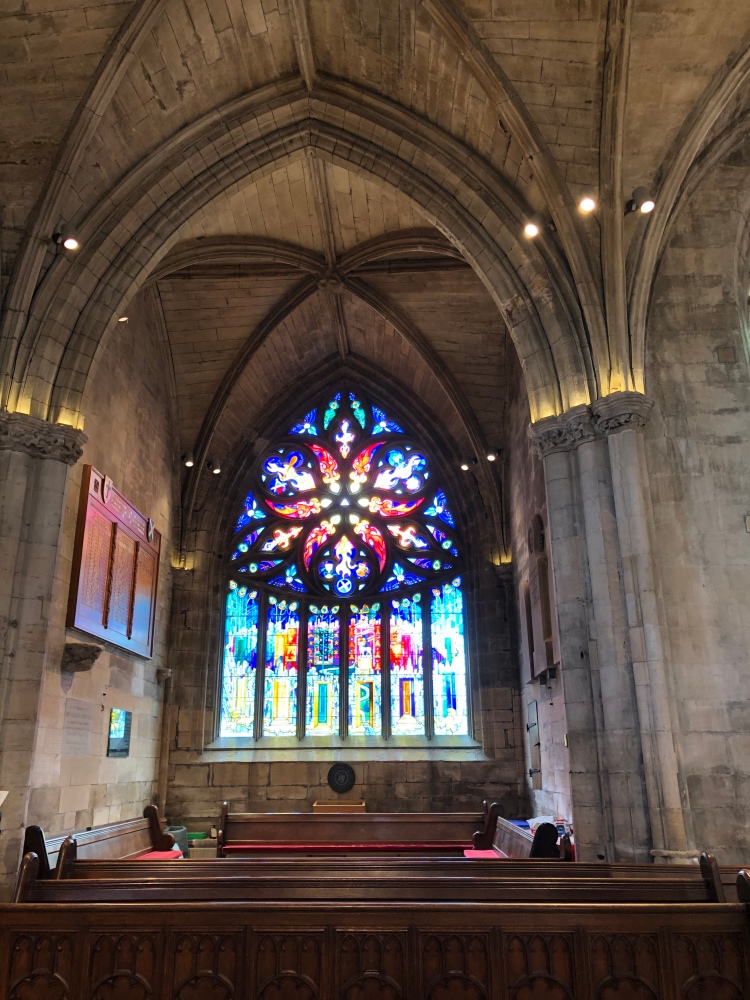 Nearby is Blackness Castle. The site was used by Edward I but the current structure was built later. 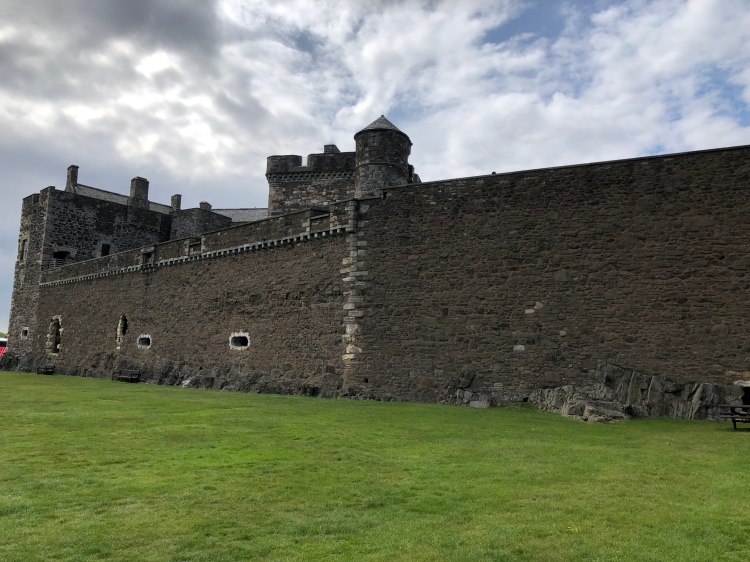 We made an unplanned stop at the House of the Binns, family home of local aristocracy and politicians. The House was closed but the grounds were open. 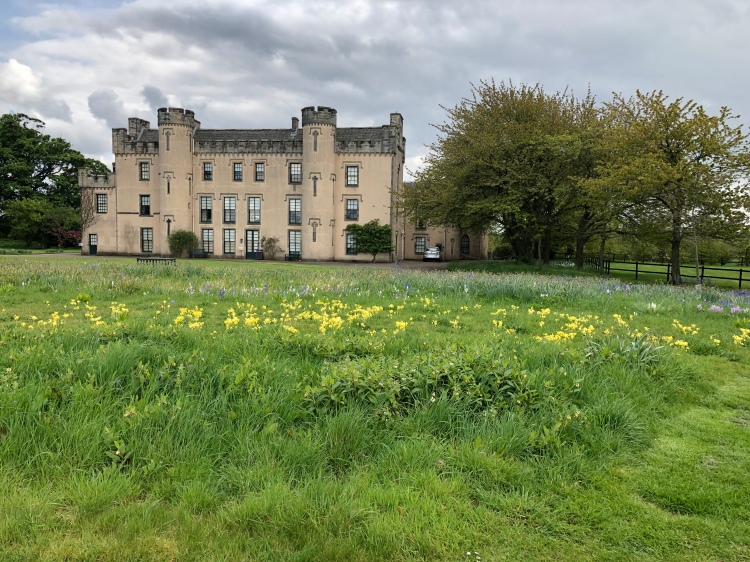 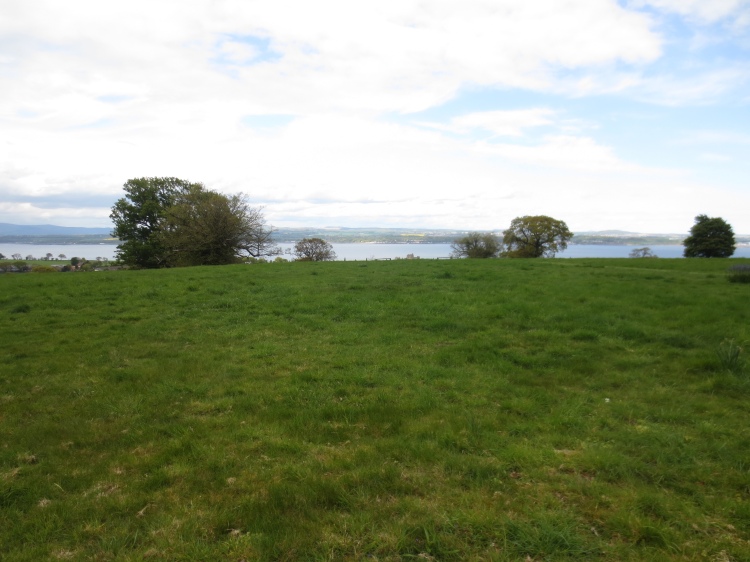 We saw 8 or 9 peacocks and peahens. 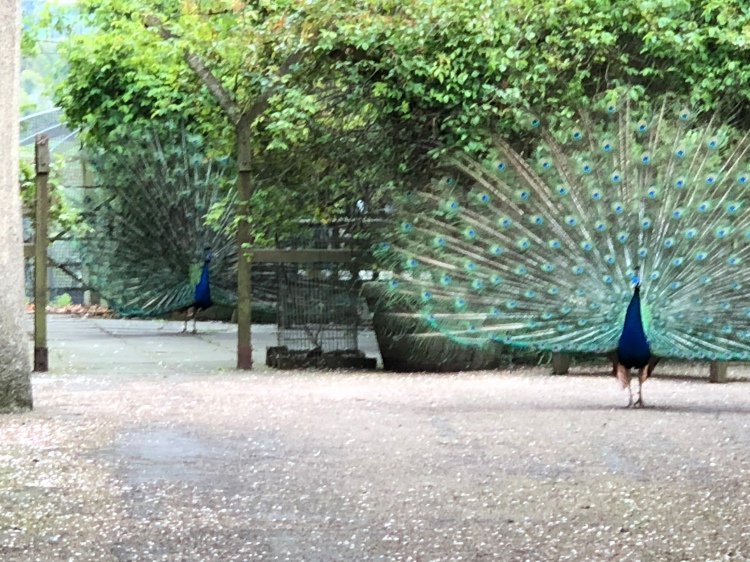 Lots of lambs gamboling around.

Our last stop was to look at the newest bridge crossing the Firth of Forth. 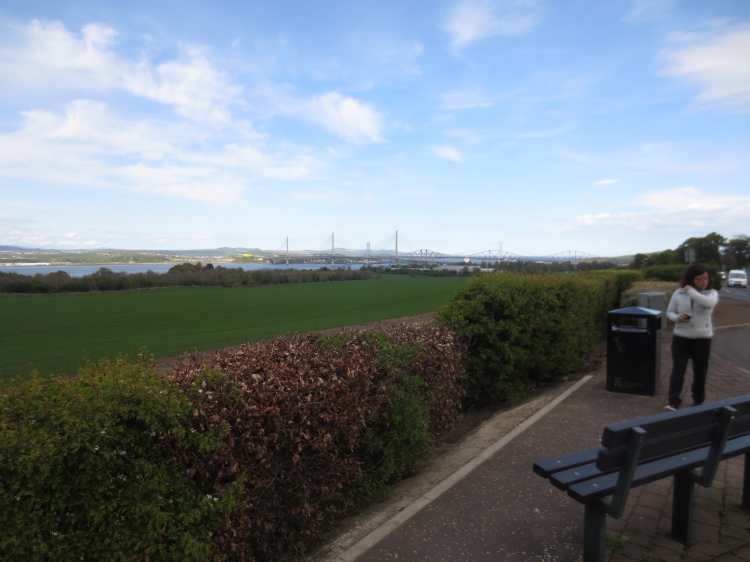