Business class tickets on Air Canada get you an express entry through passport control at Heathrow. Bought Heathrow Express tickets online so after landing at 10 am, we were at Paddington Station shortly after 11 am. 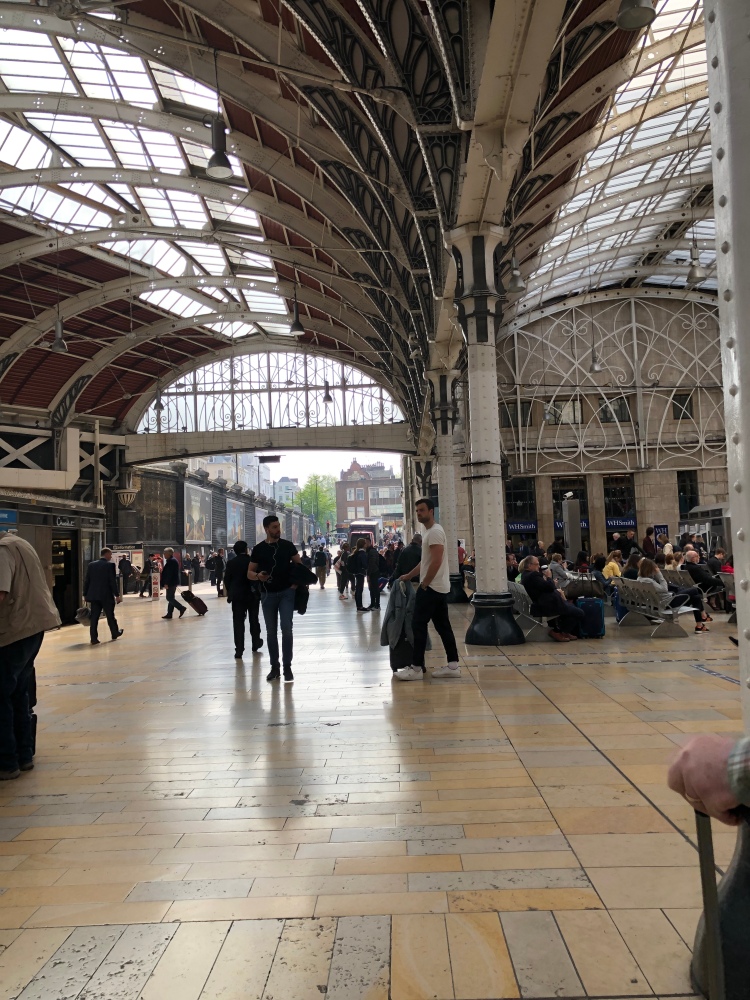 We took a taxi for the 2 mile journey to Euston station rather than negotiate two tube trains with luggage. It took 20 minutes because of heavy traffic. Our taxi driver told us this was normal traffic. We probably could have walked just as quickly–if we knew where we were going.

At Euston we got Senior Railcards. Being over 60 means we’re eligible for the 30 percent discount for “seniors”. We were ready to go before noon but our train was not leaving until 2:07 so we had time for lunch or in my case, breakfast.

It was almost 2 before our platform was announced and we left right on time.

We arrived in Liverpool at 4:25

and took a short taxi ride to our hotel.

The skylight in the hotel lobby: 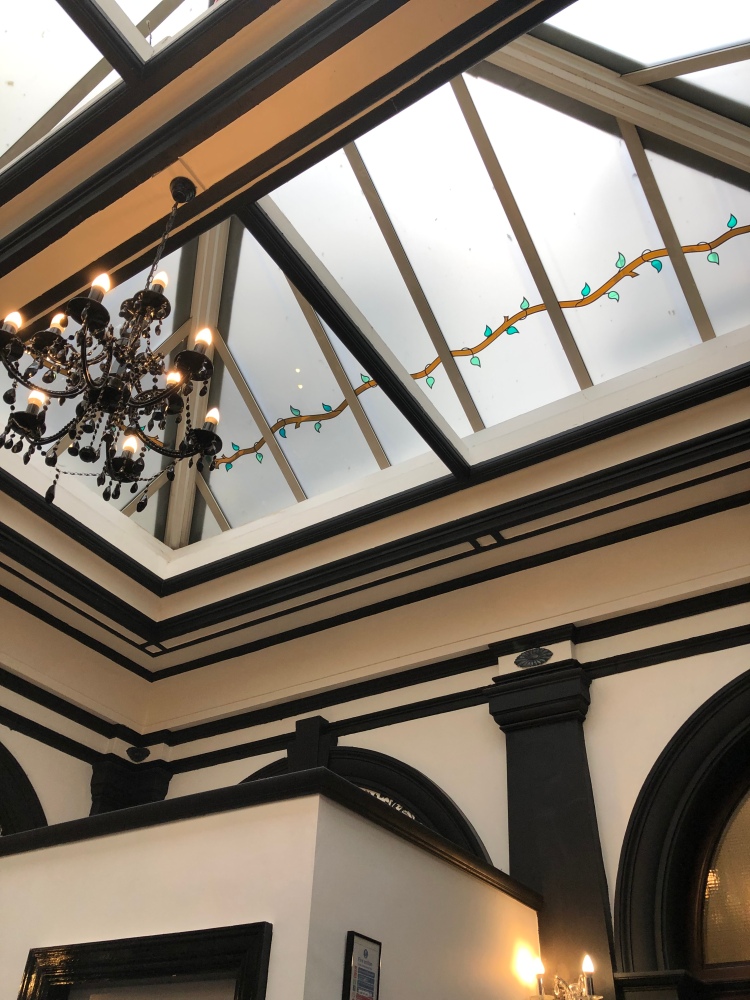 View from the room window:

We walked along Dale Street near the hotel. From our window in our room we could see the clock tower of this building described on our map as a municipal building:

We tried to buy some wine, but the shop I found on the internet had closed at 5 pm so we went to a Tesco to buy some breakfast food. 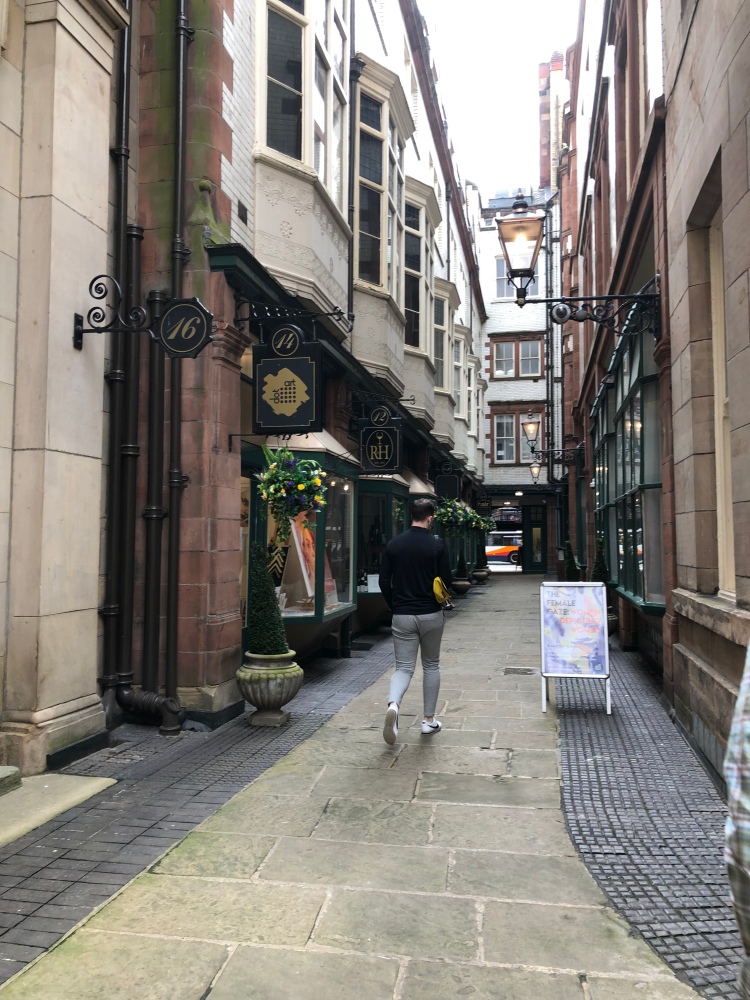 We had a few recommendations for pubs nearby. The first we went to wasn’t showing football but the second, The Excelsoir, was. Unfortunately, we didn’t understand that the food service quit by 7 pm because the cook had to leave early that evening. We ended up having to get some take away from another shop. And the Barcelona vs Liverpool game we watched ended 3 – 0 for Barcelona. Not quite the experience we were hoping for. 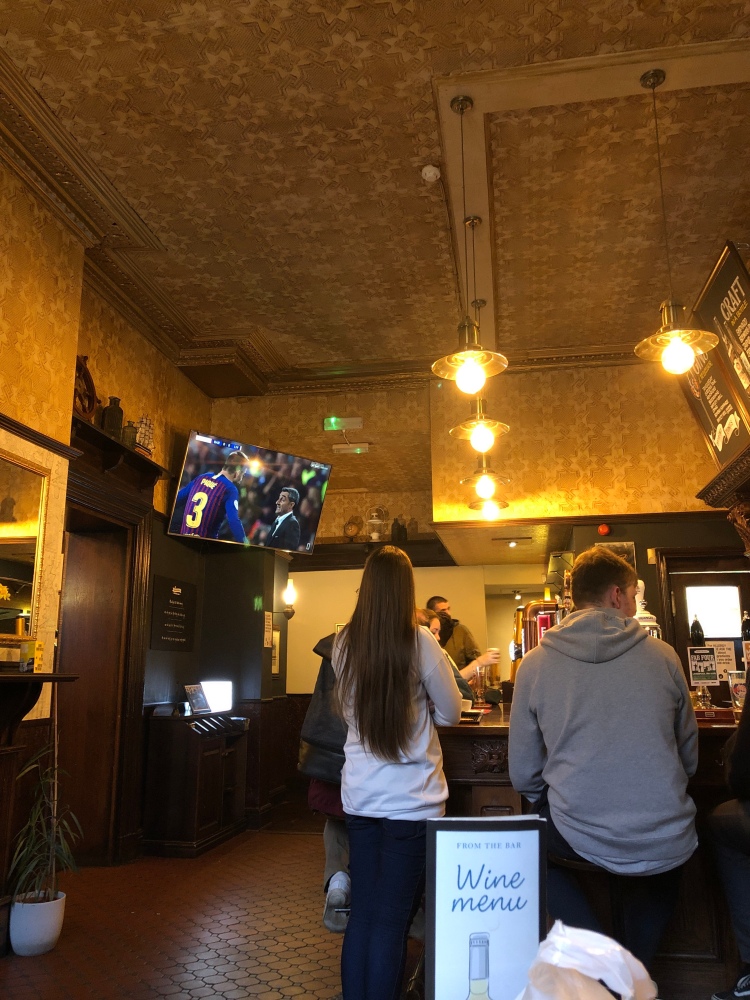 The match ended at 10 and we were struggling to stay awake. Our bed was just a half block away.