Travel occupied almost all of Saturday, January 21. We stayed at the Hilton Hotel at Schiphol Airport because it is connected by a covered walkway so we did not need to train to the airport in the morning. Instead we spent the time re-packing our bags to meet the 15 kg weight limit for the flight to the Maasai Mara and leave another bag in Amsterdam. 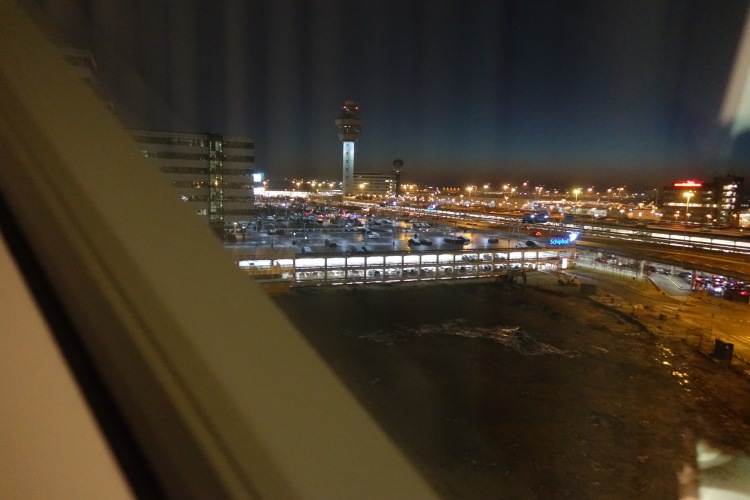 Schiphol Airport has long queues at security even when flying priority. The KLM flight from Amsterdam to Nairobi took almost 8 hours occupying 3 movies, 2 tv programs and a promo for travel in the Netherlands. I also managed more champagne and two meals. 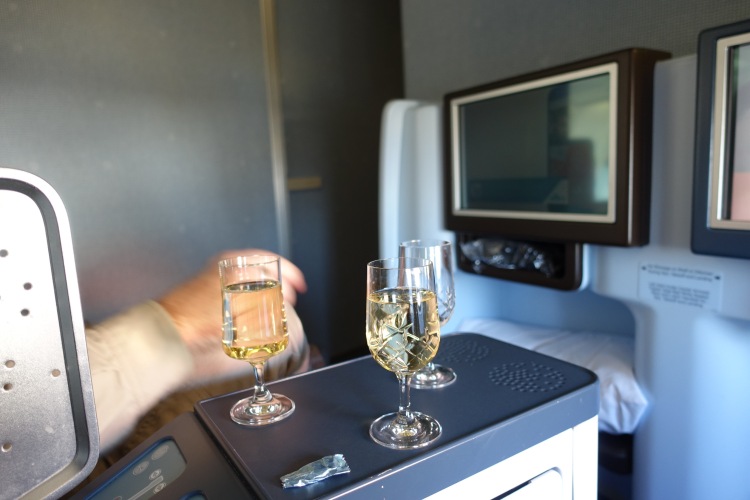 From the air, we could see much of Europe was snow covered. 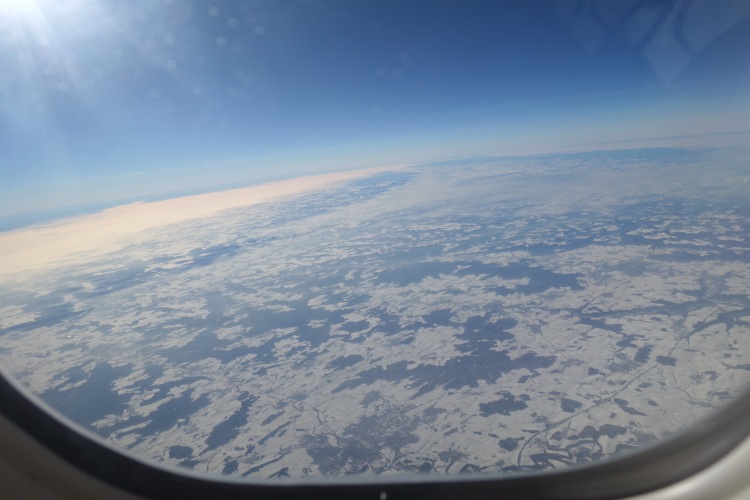 We stayed at a hotel near the airport and avoided central Nairobi. It has received lukewarm reviews. But we found it not that grim. Of course, we just arrived in time to go to bed and then left after breakfast. 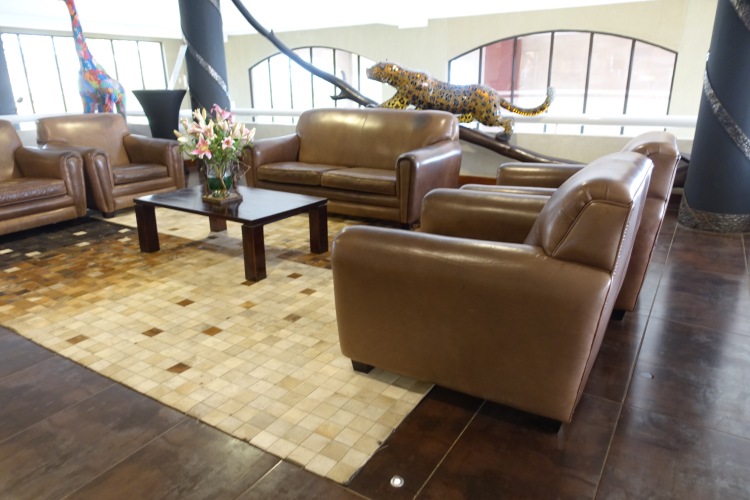 With this portion of the trip, we used Africa Travel Resource, who arranged for a driver to pick us up at the airport Saturday night then take us to the next airport on Sunday. Wilson Airport covers domestic flights. We flew Safarilink, which has rather small space. 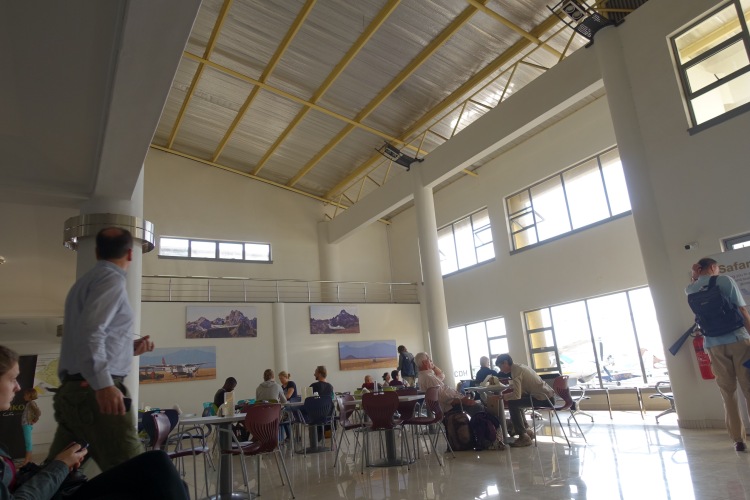 We flew on a small plane that holds 12 passengers. We had 3 empty seats. 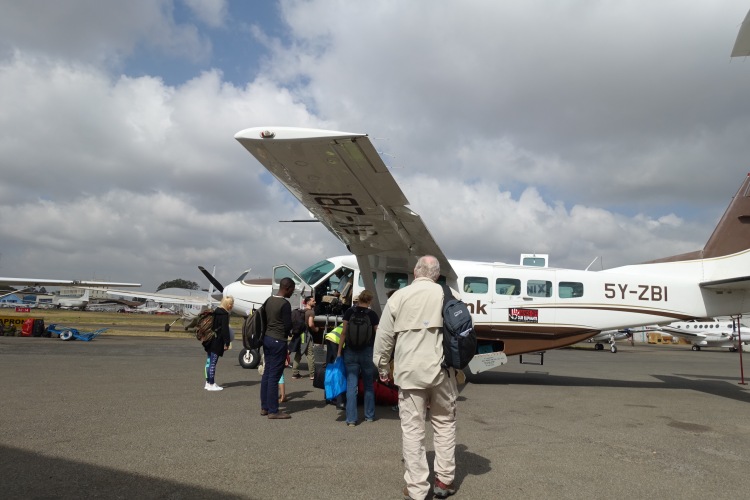 The ride was a bit shaky but only 40 minutes long. We landed at an airstrip that consisted of open plains and an area marked by white painted rocks. We were met by a driver and guide, Kevin, from Mara Plains Camp. He did not drive us directly to the Camp but drove around the area. 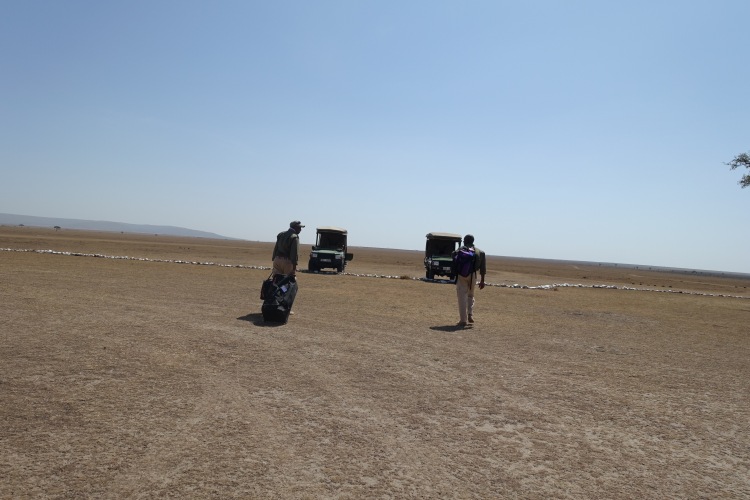 We saw just about everything that a lion can eat: two types of gazelles, zebras, impalas, wildebeest,  elephants, buffaloes and hippos. No lions yet. It was hot so they would have likely been in shade. The Camp loans us a Canon with a telephoto lens which will do better than our point and shoot compact cameras. 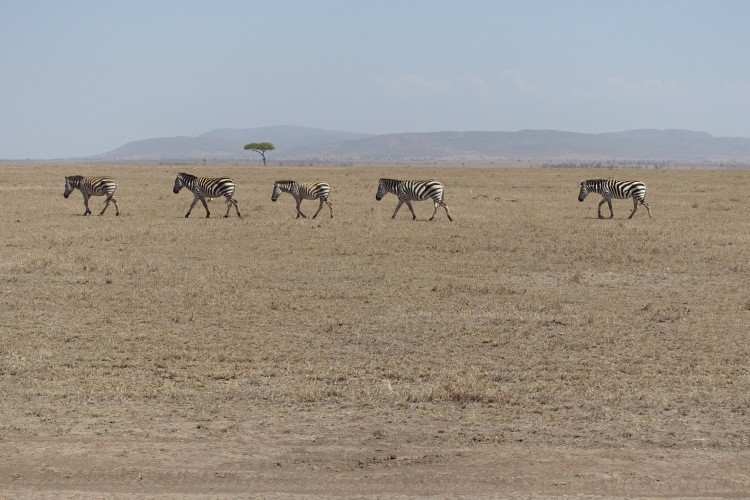 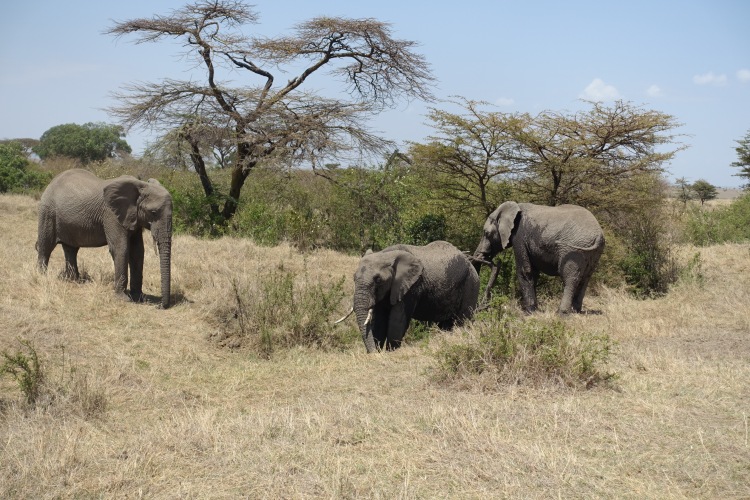 Our tent is pretty roomy with a balcony that looks onto the plains. 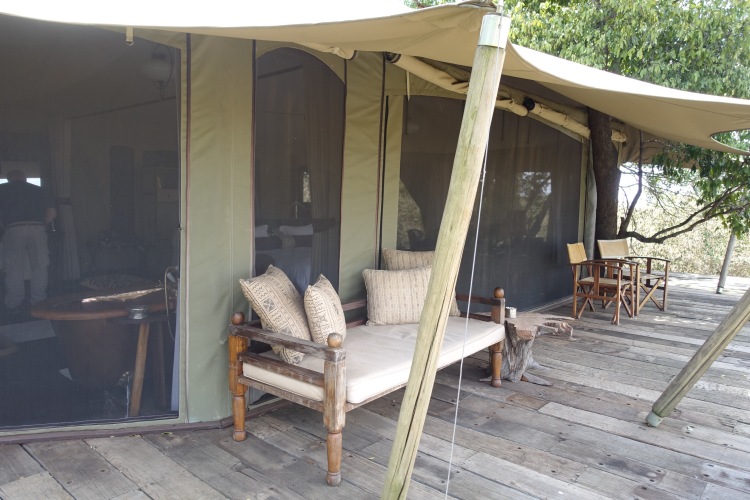 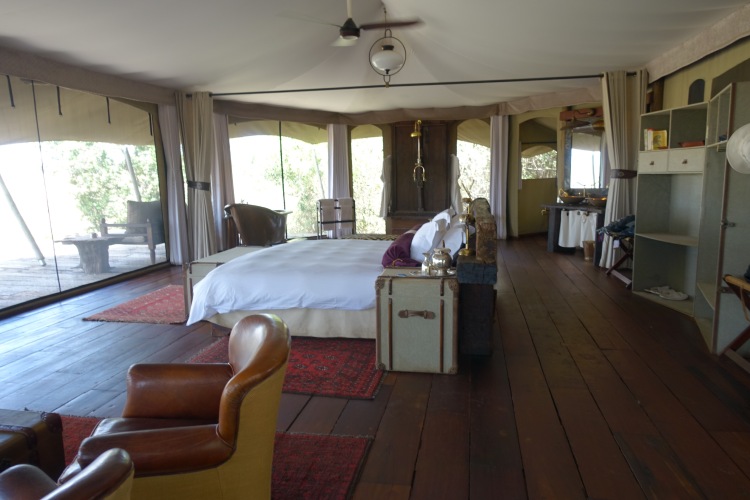