Finally some time for tourist stuff.  The conference included a tour of the Supreme Court of the United States (SCOTUS) so I arrived early to have more time to look around.

The court building is located across from Capitol Hill where the Senate and House of Representatives are housed.

Across the road is the Library of Congress. 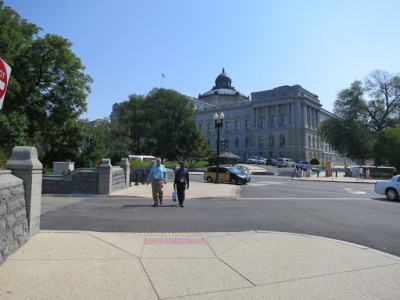 Next door is the SCOTUS.

There are temporary exhibits, permanent displays and a film about the history of the building and the court. A lot to see.  I particularly liked the spiral staircase and the photos of some judges by Yousef Karsh.

We were given a tour of some of the secured areas of the court but no photos allowed.  Coming out of a conference room, I saw Piers Morgan, the tv host, standing in the hall as he was filming in the room across from us.  He was interviewing one of the judges, Antonin Scalia.
During the evening, while waiting for Scott to arrive, I took a walking tour of The Mall, the two mile long stretch where the major monuments are located and where a lot of museums are also located.
The view from the Capitol Hill end of The Mall where the Ulysses Grant monument is located.  You can see the Washington Monument in the distance and some work on the soil under the lawns. 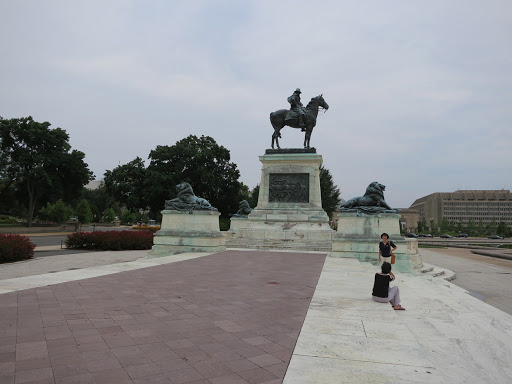 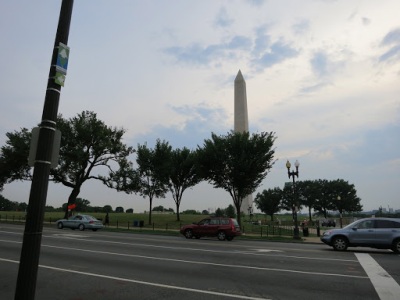 The reflecting pool under repair 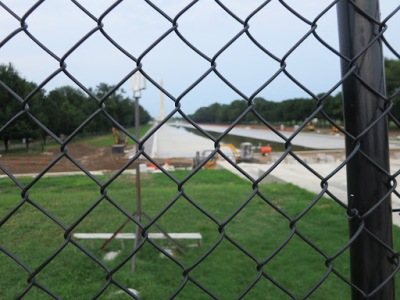 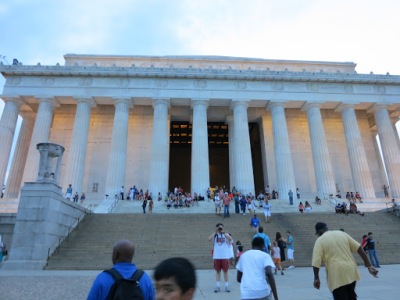 Etched into the top of the first set of stairs is Martin Luther King’s name indicating where he gave his I Have a Dream speech.  Great view! 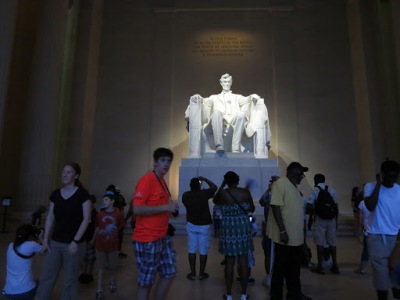 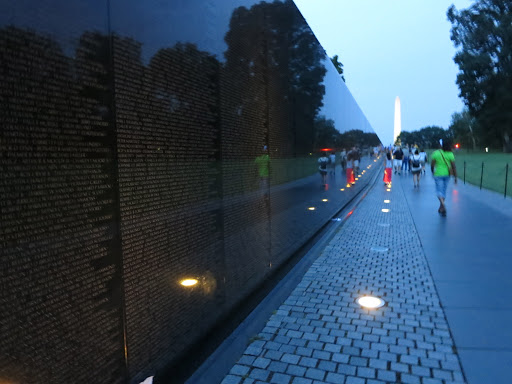