We had a late breakfast/lunch at Ryan’s Bar across from the Caley. It has a Irish theme and hurling was playing on the tv. Scott and I walked to the Royal Museum where the Hinds were going to drop Sidney and Robin and Allie would join us. We went to see the Hysterical History of Scotland, performed by two people. Although we missed some of the local references, it was funny and energetic. 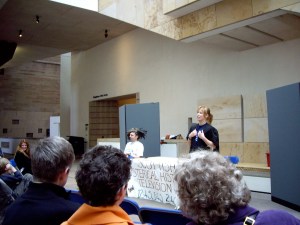 We then looked around the Museum. The second flor has an extensive glass display as well as rooms of stuffed birds and animals. 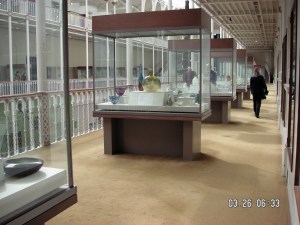 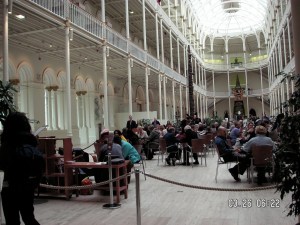 From the Museum it was a short walk to the law school building, Old College. 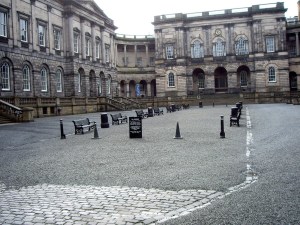 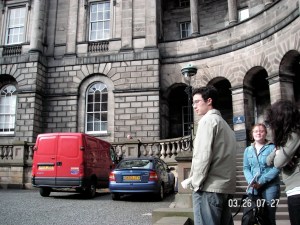 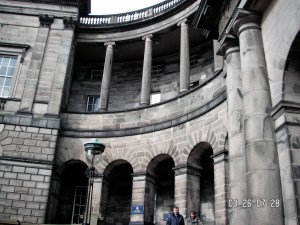 views from the courtyard at Old College
Dinner was at the Grain Store which is in an old stone building in Old Town that has vaulted rooms which used to store grain. We walked from the hotel along Castle Terrace, 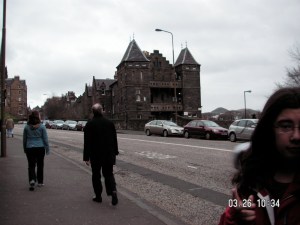 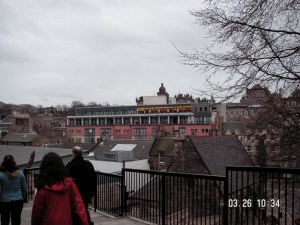 and to West Bow Street and Victoria Street to get to the restaurant. The Grain Store is on the upper level. 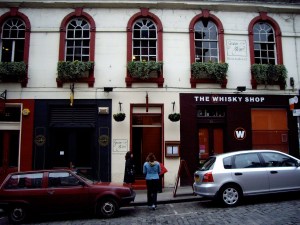 The menu is Scottish. I had Loch Fyne oysters and hare. There was also Aberdeen Angus beef, chicken, risotto. Not a long menu but very good. 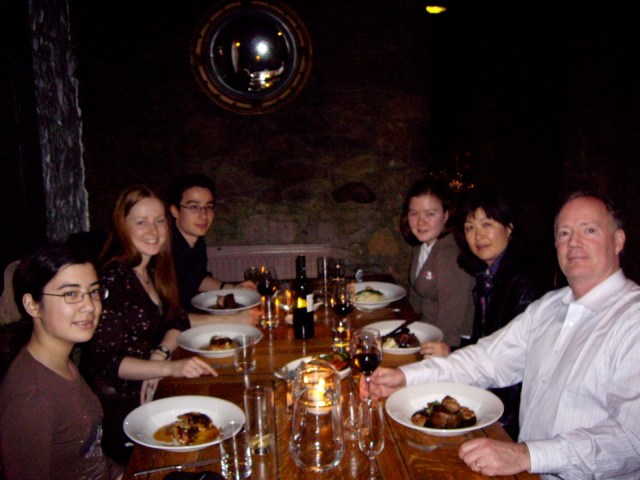