Today our main project was to visit the New Orleans Museum of Art.  It is located in City Park, a very large urban park near Lake Ponchatrain, the massive lake which had the levees which broke after Hurricane Katrina in 2005.

The streetcar was irregular so we decide to take a taxi to the Museum.  It has an extensive collection. Admission is free.We looked a two of the three floors. They have a fairly good Dutch and Flemish collection, despite having no Rembrandt or Vermeer. There is a small but representative El Greco, some good 17th & 18th century French paintings and Impressionists. Edgar Degas lived here for a time with his uncle and the collection includes a painting of his uncle’s wife in their New Orleans house.

extensive glass collection
After two hours, we headed outside to walk around the huge park. 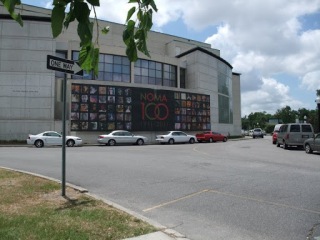 There’s a sculpture garden behind the museum. 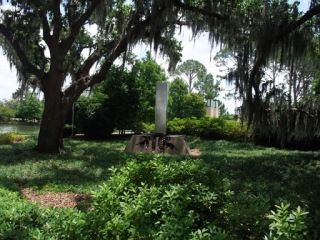 George Rodrigue, a local artist
We walked around the neighbourhood until our lunch reservation at Ralph’s on the Park. 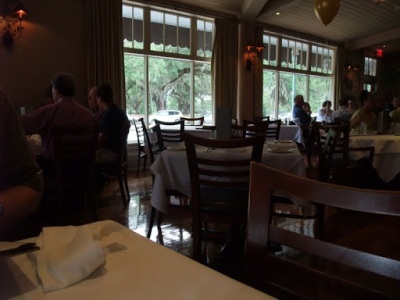 We were going to walk back the 2+ miles to the French Quarter, but it was too hot. We took a cab to the area called the French Market.  After more ring shopping for Scott, we stopped at Margaritaville for two Hurricanes to go. The ironically named drinks are a local specialty and taste a lot like Mai Tais.

You can drink on the streets here as long as your alcohol is in a plastic glass. Witness below: 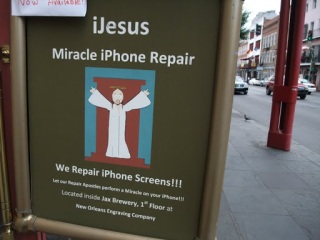 After more walking in the streets, we stopped at Royal House for a Cajun Bloody Mary and a daquiri along with half a dozen oysters (which were from Texas).

Before dinner, we stopped at the Sazerac bar in the Roosevelt Hotel to admire the art deco design and the murals by Paul Ninas, the grandfather of a friend of ours. 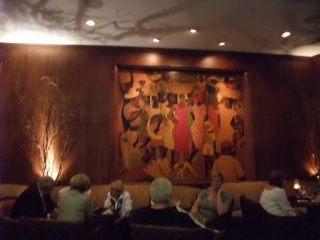 We also had to sample a drink or two. Scott had a Sazerac, like a Old Fashion, rye with bitters. He hated it. I has a Ramos Gin Fizz which tasted like lemon meringue pie in a glass. 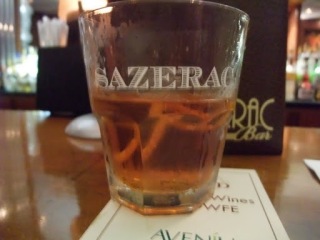 Scott then tried a Hemmingway martini, named after Ernest Hemingway. He didn’t like it much either. So we headed out to our dinner reservation. 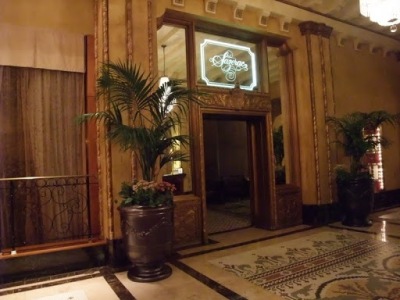 Our dinner was at Restaurant August. We were supposed to be joined by two friends, but tornado watches and bad weather in Texas delayed their departure and they didn’t make it to New Orleans as planned. 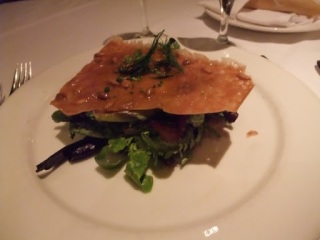 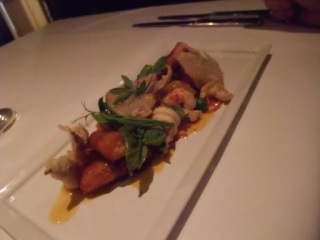