Instead, we went to the Queen’s Picture Gallery by Buckingham Palace.  As we set out, it started misting. 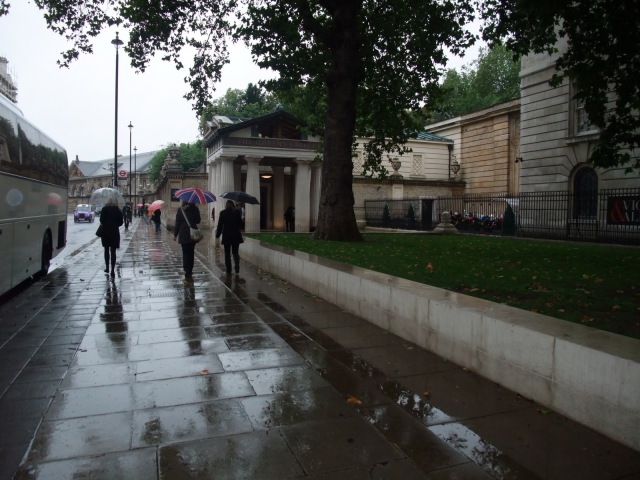 By time we got there, it was getting a bit more serious.

The Gallery was showing pictures, sculptures, furniture and other objects related to Queen Victoria and Prince Albert.  Some of the paintings were very interesting and important, a Duccio, some good Cranachs, selected by Prince Albert, who studied art history which was then a new discipline.  It also featured a number of decorative objects designed by Albert, some employing the new technology of electroplating.  We left thinking Prince Albert was a lot more interesting person than Queen Victoria. 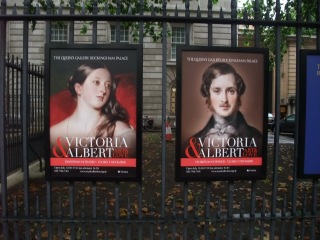 From there, we walked up Constitution Hill, then along Park Lane by Hyde Park up to Oxford Street to find some lunch then shop at Selfridges. 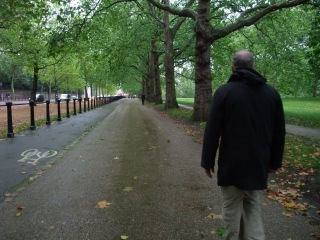 up Constitution Hill near Buck House
Buck House in the rain

Lunch was at a Spanish restaurant La Tasca. 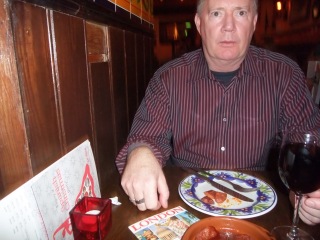 After shopping, we went in search of Milroy’s Whisky Shop which took us out into the rain and onto the tube.  This was the Tottenham Court Road station with it’s tile mosaic designs.

Tottenham Court Road tube station
Dinner was at L’Anima, which turned out to be in the same building Robin’s office is in 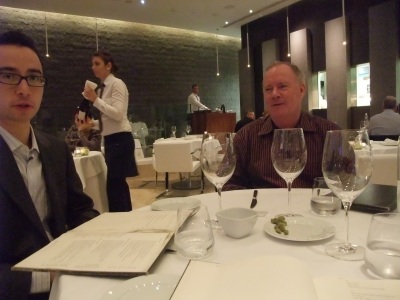 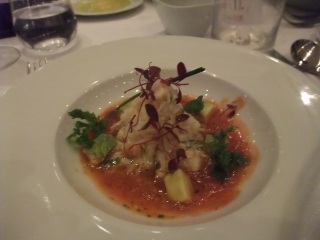 After dinner, we went up to Robin’s office.