We arrived just a little late because of busy air traffic at Heathrow. Got through customs and immigration, walked to the tube station, topped up our Oyster cards at the ticket machine and were onto the Piccadilly tube line to central London by 12:15. Changing at Hammersmith to the District line was easy; we just crossed to the other side of the platform.

We got off at Aldgate East and climbed to street level near the Whitechapel Art Gallery. Our hotel, City Hotel was one block over. We were into our room by 1:30 p.m. After a text and a phone call to Robin, we went to the bar connected with the hotel and ordered beer, chicken butter masala and watched Man U v Liverpool on the telly. Robin joined us for some pints and cheering against Man U. Unfortunately, Man U won. 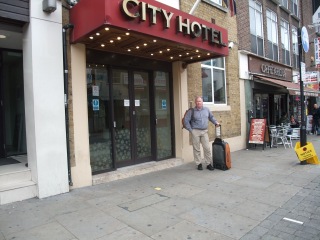 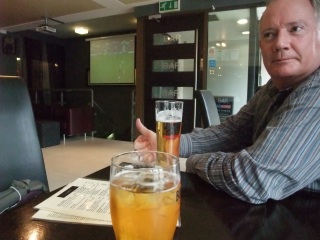 We wanted to try to view some buildings during London’s Open House which opens various buildings, some not normally open to the public, for the weekend. Unfortunately, the queues were so long, we decided to skip the ones I was interested in and instead we explored Brick Lane which was having a curry festival and the Sunday markets were open.

The area was a good one for finding grafitti. Scott tried but was unable to find a silver ring. 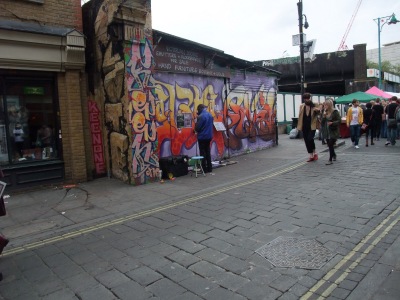 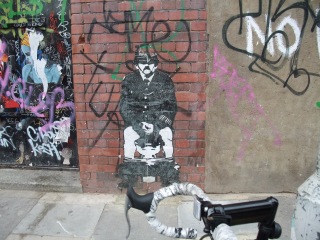 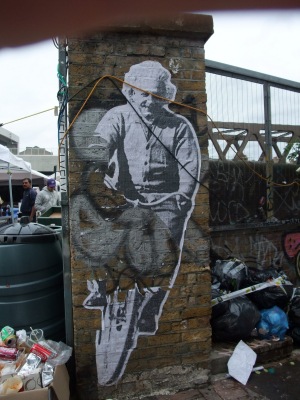 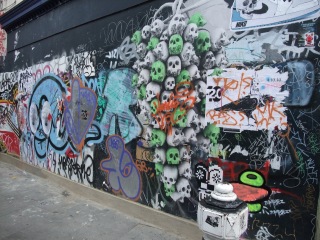 We managed to look in briefly at Christchurch Spitalfields which was part of Open House. 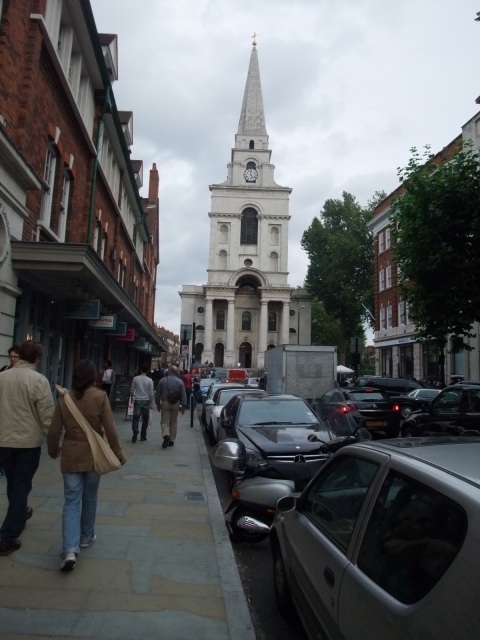 We also stopped at a few wine shops to pick up some wine, then returned to our hotel room to have a pre-dinner libation. We skyped Allie and Sidney. Allie had to be woken up to talk to us.

Dinner was at Galvin Cafe a Vin which was a short walk away. Galvins has a very posh restaurant elsewhere in London but this was a casual bistro style spot. We started with buffalo moz with peppers and tomatoes for me, steak tartare for Robin and smoked eel for Scott. For mains, I had pumpkin risotto, Scott had duck breast and Robin had pork cheeks. 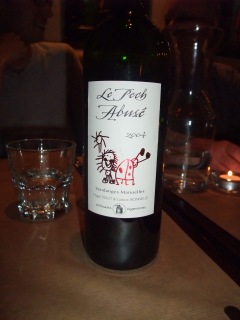 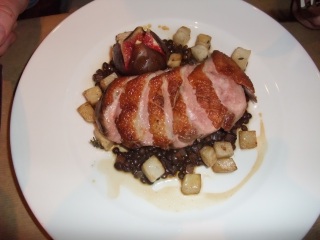 All very good although the wait staff tended to hover. Had a Bordeaux wine with a name that appears to translate as the Abused Fish.

After dinner we returned to our hotel room for some more drinks and a visit with Robin. Scott fell asleep before Robin left at 10.