We had no scheduled activities today; only needed to get to the flight for London. It wasn’t raining so I set out for a walk. 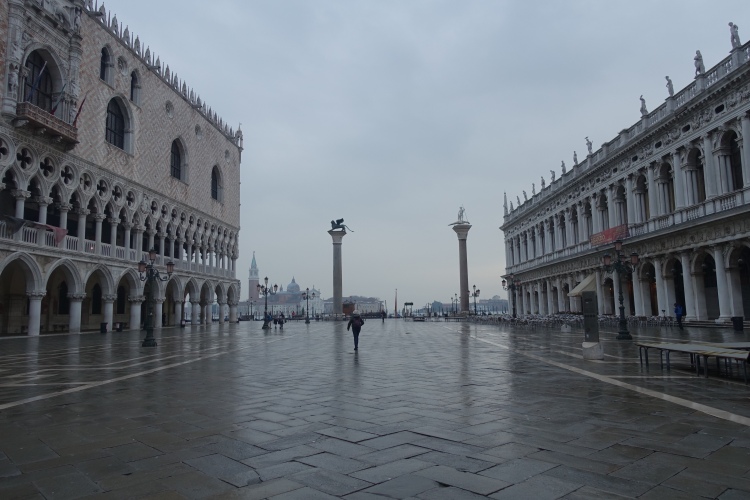 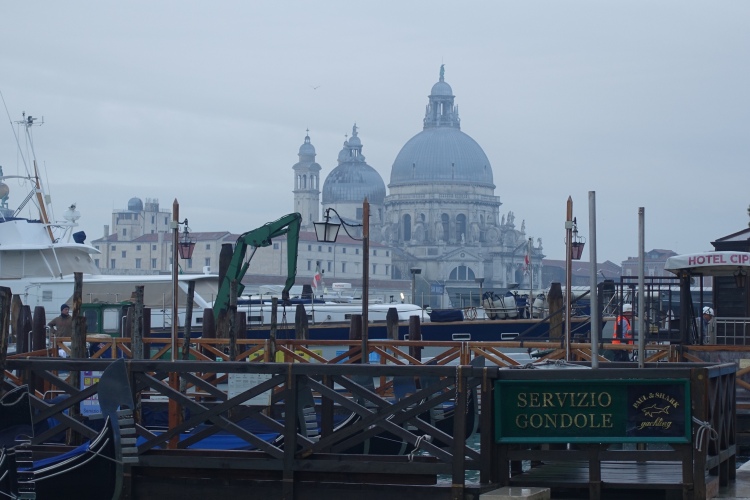 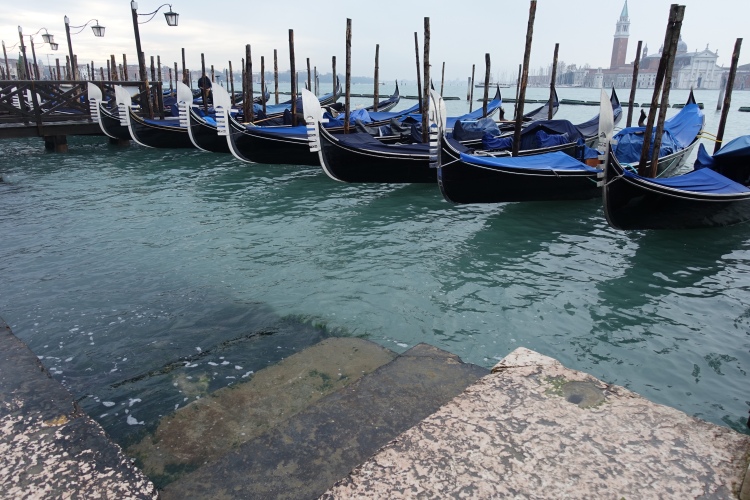 My ticket for the Palazzo Ducale from our first day in Venice was still valid and if I paid €2, I could go to the special exhibition on Tintoretto. He was born either in 1518 or 1519, so Venice is celebrating his 500th birth over both years.

There were no photos of the paintings allowed although I was told I could take a photo of the labels. 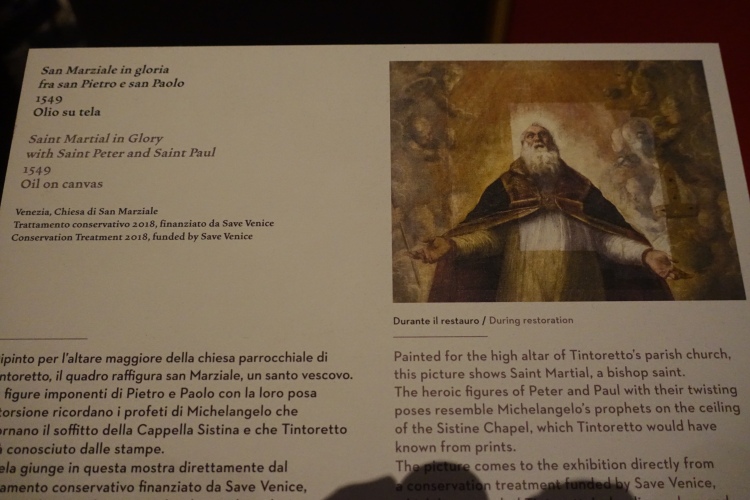 The paintings were different from his monumental works we had looked at this trip as many were portraits or smaller painting meant for private ownership, sometimes secular works. I found his brushwork very interesting. 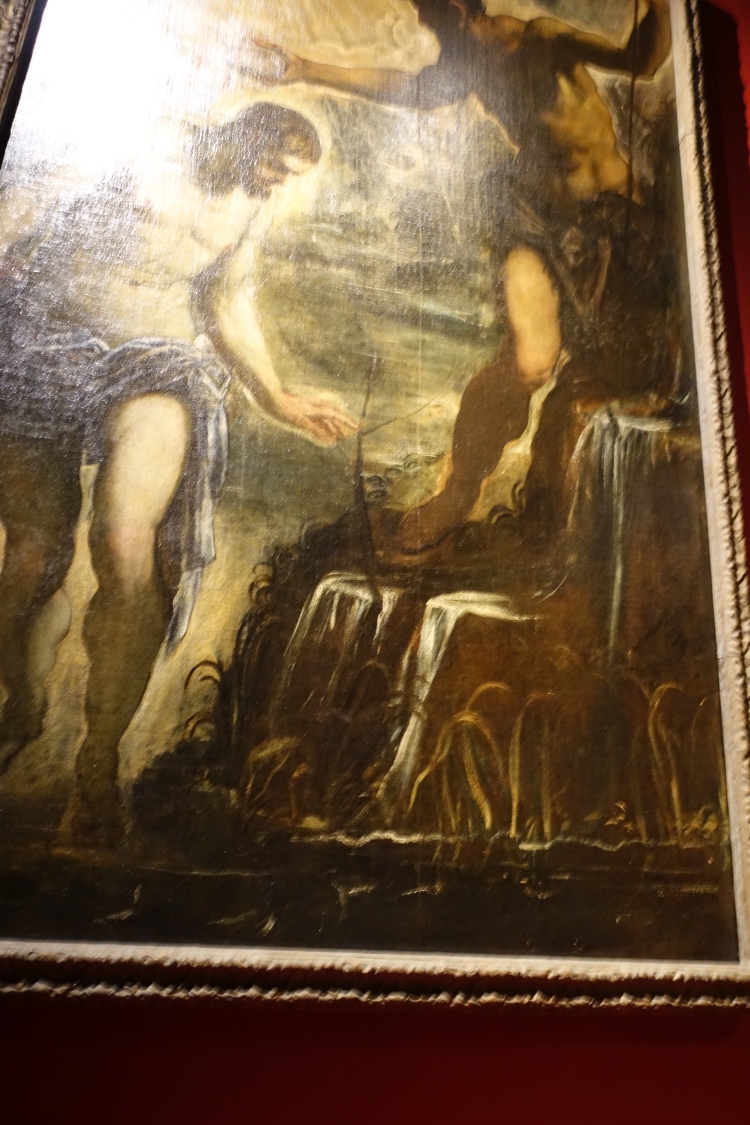 Oops, my camera seems to have shifted onto the painting of the baptism of Jesus.

We were going by boat or motofoscato to the airport but the water had risen in the canals again so the bigger motorized boat could not get to the hotel. Instead we were picked up along the Grand Canal and given an unplanned tour. 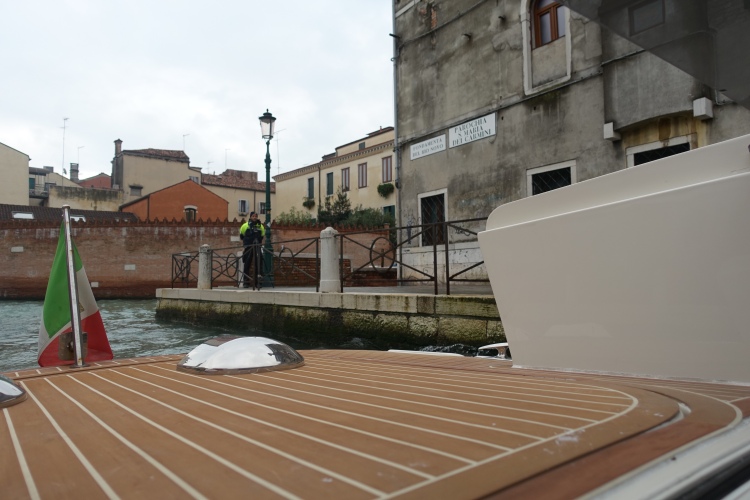 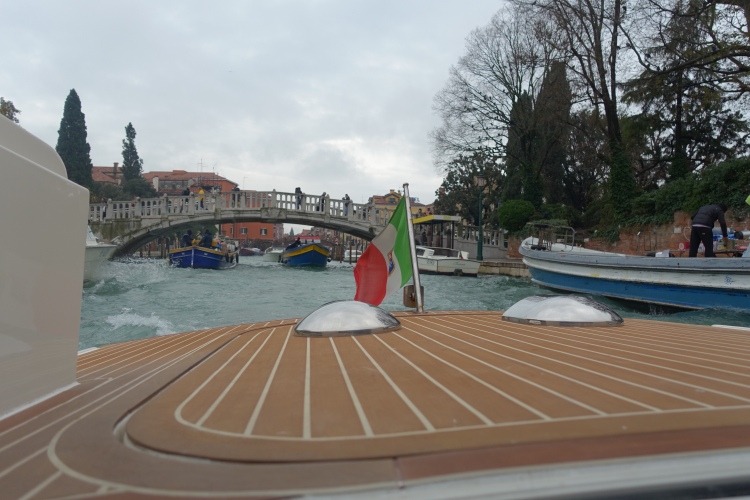 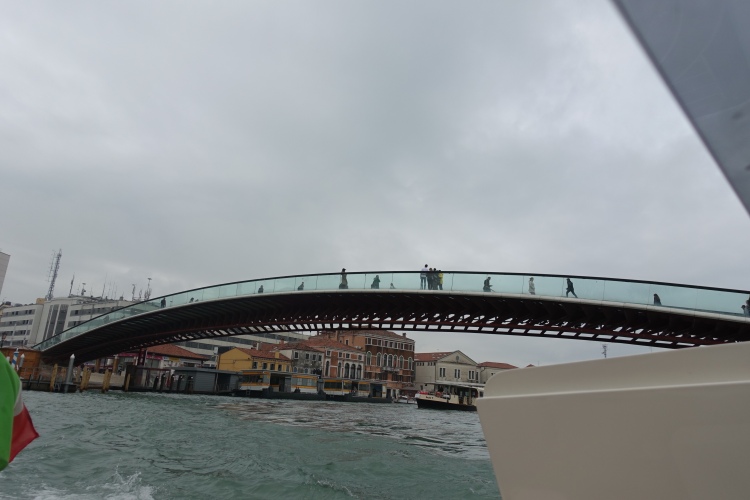 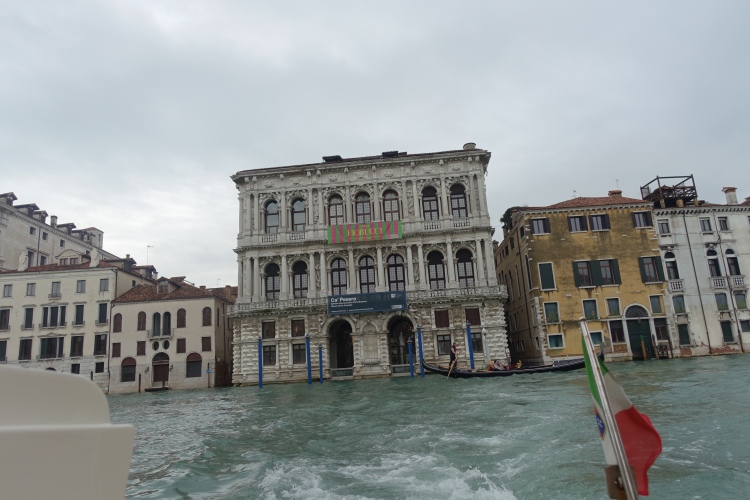 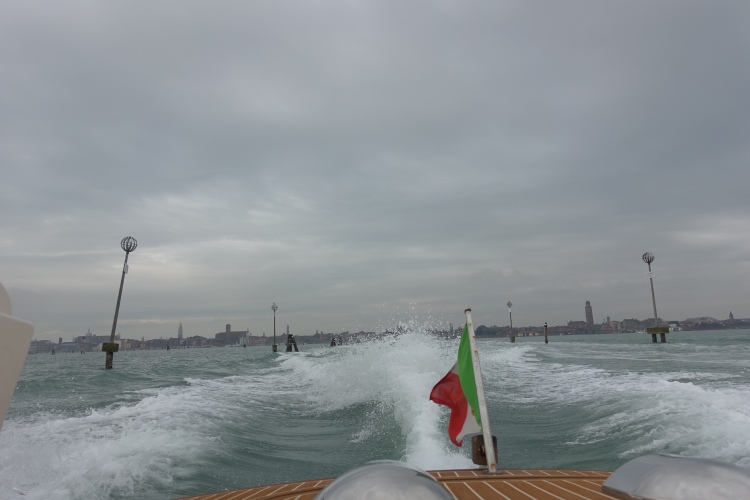 The ride was a bit chilly but kind of fun.

Too bad the sun didn’t come out as there was more to see on takeoff.

We landed in London only a few minutes late, but clearing passport control took 1 hour and 15 minutes. I power-walked to the hotel at the terminal, hopped the Heathrow Express, where thankfully there’s wifi so I figured out which Tube train to take from Paddington to get to the National Gallery, where there was an exhibition on Mantegna and Bellini, specifically Giovanni, the more interesting of the brothers, although there were a few from Jacopo, the father. Sadly, the omni-present attendants prevented me from even bringing my camera out of my bag.

But here’s a few photos of Trafalgar Square and area: 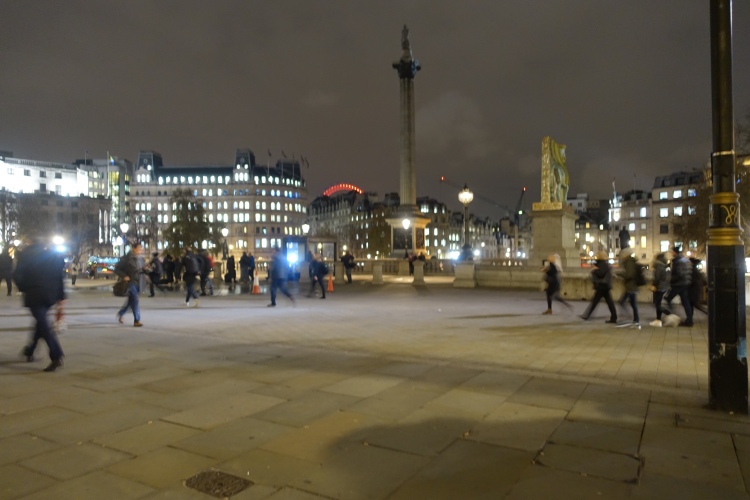 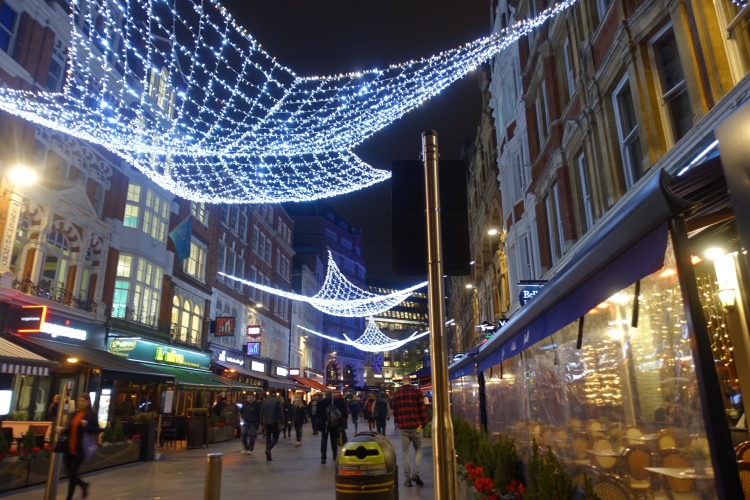 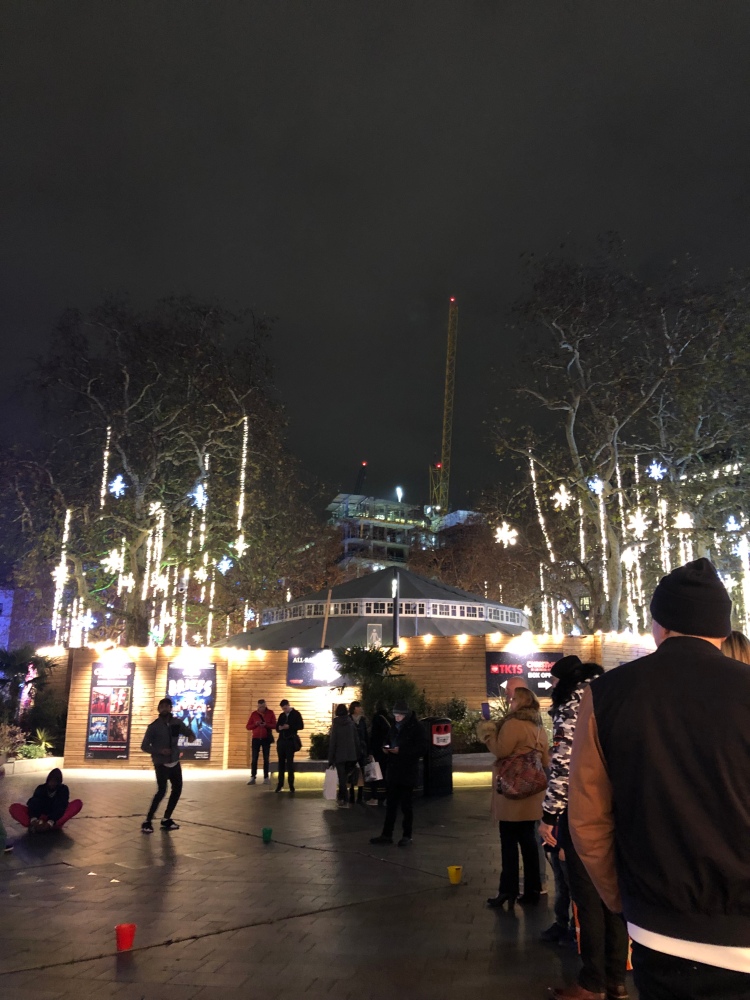 Something was going on–a performance of some sort–but I had no idea. 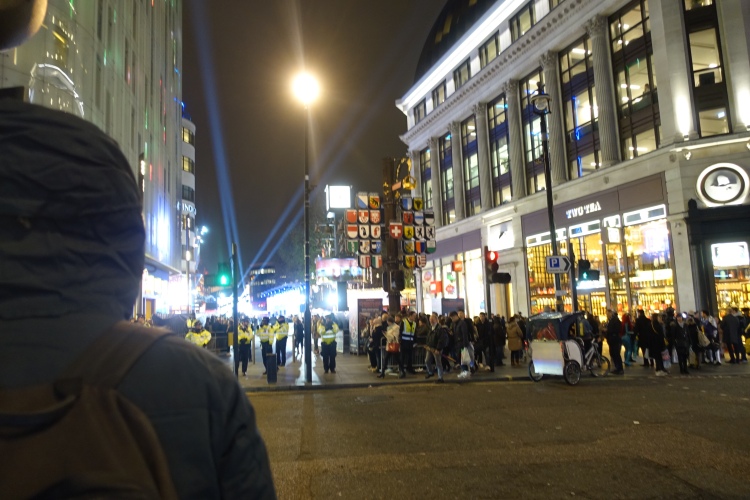 I made a concerted effort to speak Italian when I was presented with the opportunity. My efforts were tolerated and even praised so it feels weird to be around people mostly speaking English, although I rode the Tube back to Heathrow mostly sitting next to a guy reading book titled “Storia come Scienza”, History as Science. He probably thought I was weird because I was looking over his arm to read some of the pages. 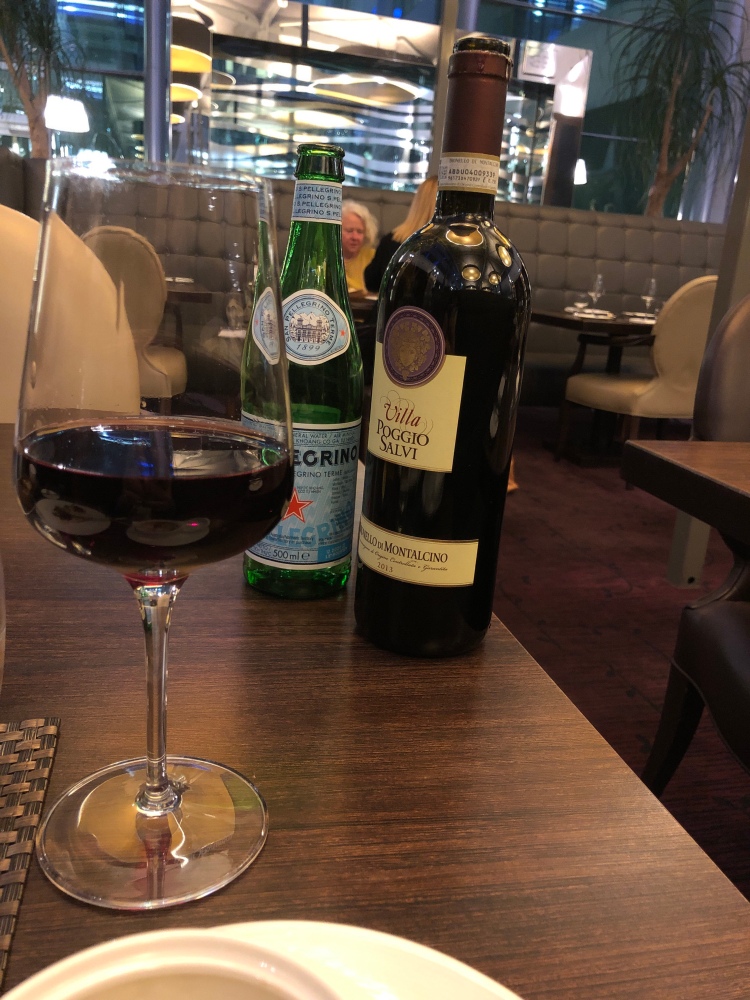 Sadly, for me, this trip is winding down but not before a few good glasses of wines! 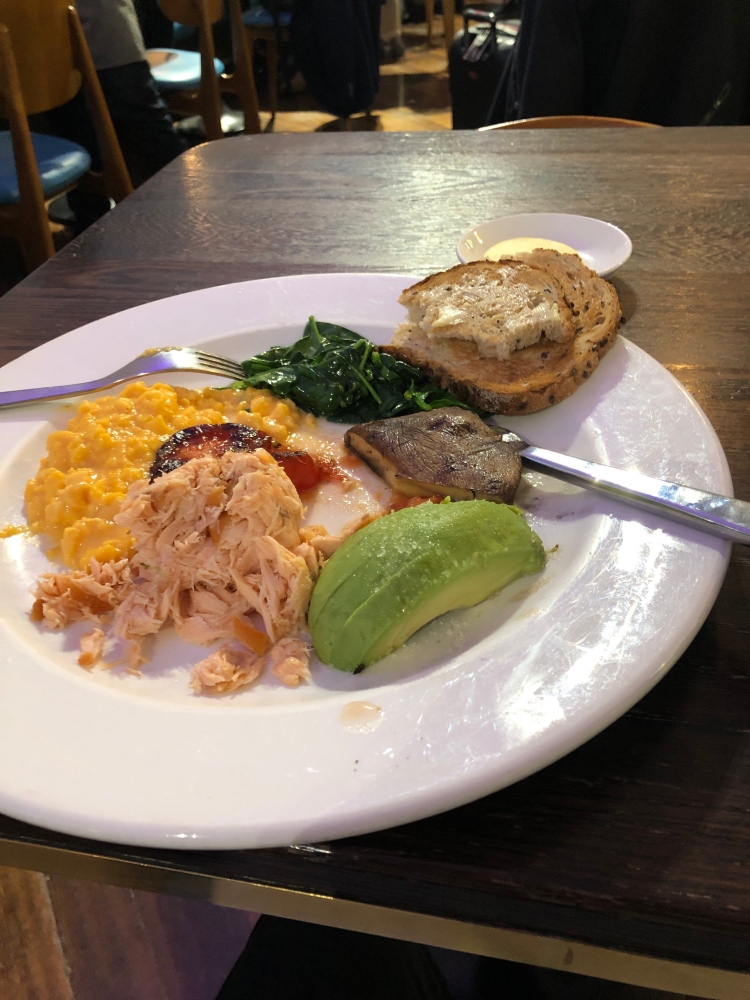 Heston Blumenthal’s healthy English breakfast. After having granola and fruit for 11 days, this looks like a lot of food.