Today was the start of the study group tour but not until the late afternoon.

In the morning and early afternoon, I walked around, trying to get re-familiar with the streets.

My one museum visit was the museum of the Palazzo Vecchio. It’s medieval in origins but expanded and renovated over the centuries for different uses: government meetings, housing and offices. The mayor’s office still uses it sometimes today.

The red fleur-de-lis is the symbol of Florence.

Just as important, I found a little traditional restaurant serving Brunello di Montalcino by the glass.

And good ravioli filled with burrata. 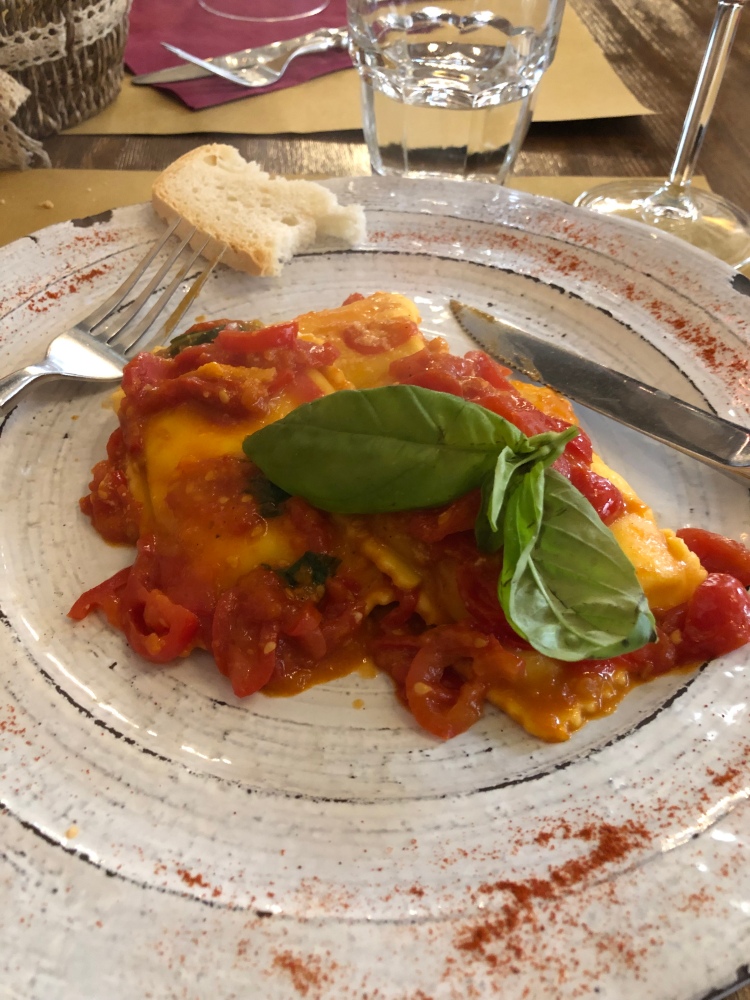 After more walking, I had some nocciola (hazelnut) gelato. I forgot to take a photo but did take one of the rude tourists who butted in front of me just when I was about to order.

The first thing the group did was to go to Palazzo Medici-Riccardo, which was commissioned by Cosimo de’ Medici or Cosimo the Elder, the patriarch of the Medici family, in mid-15th century, completed 1460.

It’s the first Renaissance building in Florence, characterized by clearly delineated and rusticated floors and a huge cornice crowning the roofline.

In 1569 it was sold to Riccardi marquises, who enlarged and altered the layout. This courtyard is original minus the sculptural decoration on the lower walls. The design of the inner courtyard imitates ancient Roman villas. The arches on top of columns is a favourite Renaissance Florence element. 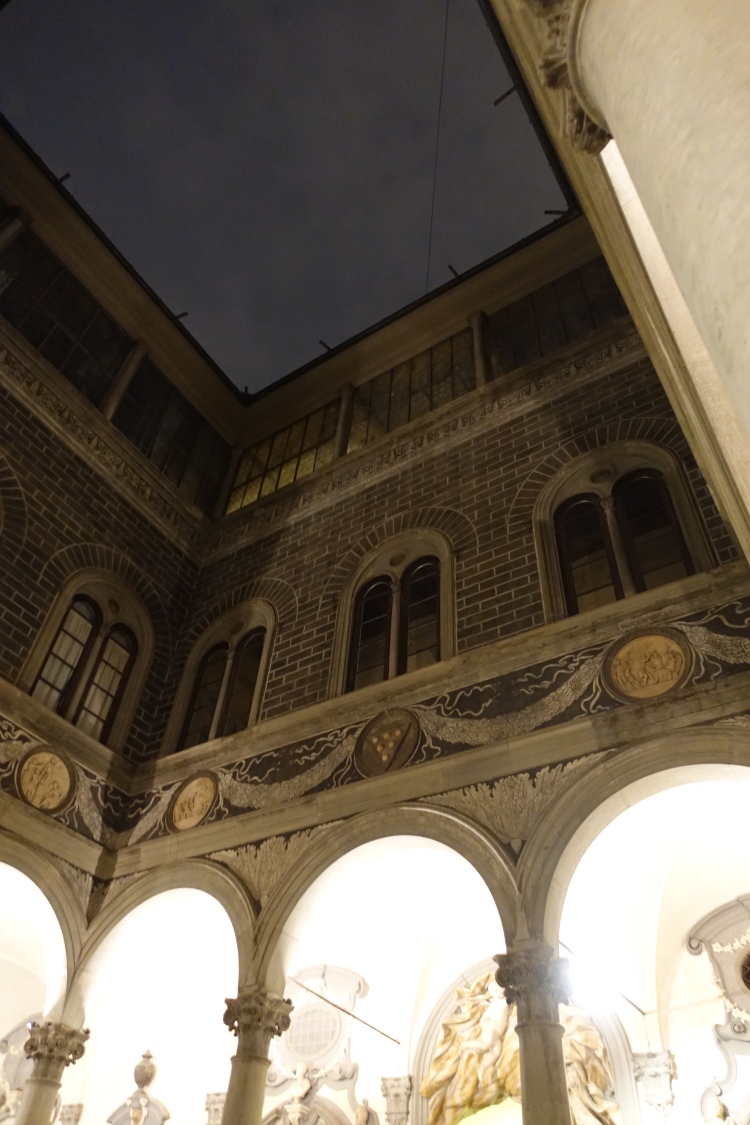 Inside is the chapel frescoed in 1459 by Benozzo Gozzoli representing the Procession of the Magi. The figures explicitly referred to the train of the Concilium that met in Florence in 1439, and many of the personalities portrayed are wealthy protagonists of the time and members of the Medici family–Gozzoli’s painted cycle covers an entire room, remaining one of the few Renaissance decorative spaces to fully encompass the viewer. 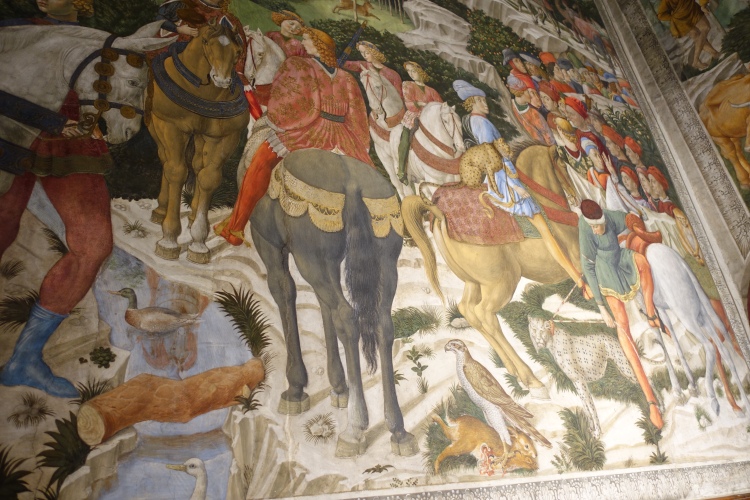 The event feels like a Renaissance movie, the figures travelling around the devotional space in a never-ending procession heading to Bethlehem.

The rest of the decoration of the palace is 17th century Baroque. 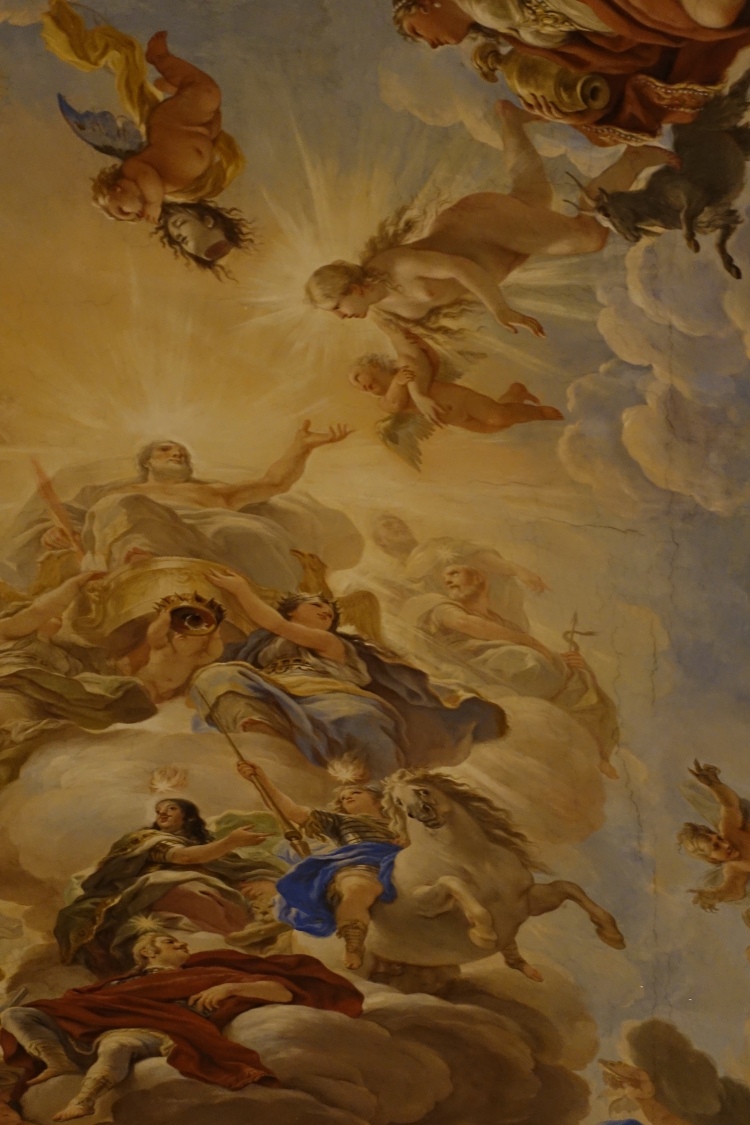