Learned a bit more about the Maltese language or Malti. It also includes some Spanish and Semitic.  It sounds like you should be able to understand when you hear it. It looks odd to see it written. Here’s the package of some snack crackers.

We went to the Cathedral of the Knights of Malta called St. John’s Co-Cathedral. John the Baptist was the Knights patron saint because he supposedly founded the first hospital. St. John’s Ambulance also refers to the same concept and uses the Maltese Cross. The main part of the Cathedral is a High Baroque display of wealth. The gold is 24 karat gold leaf. 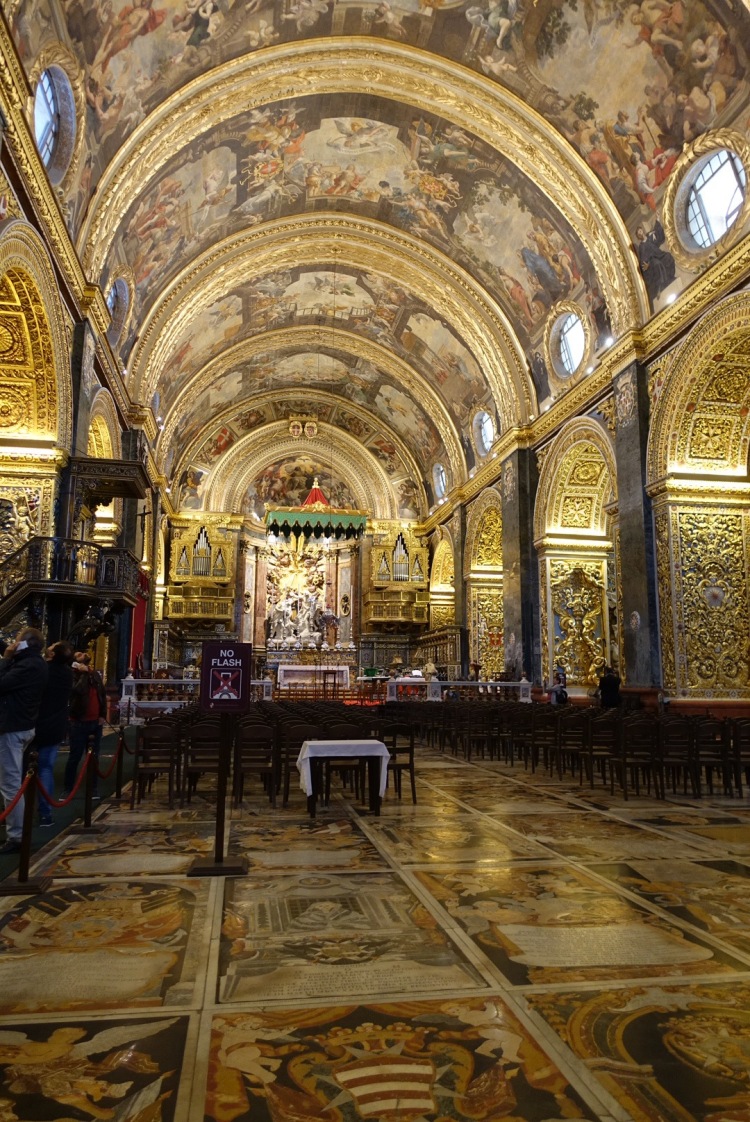 Caravaggio’s paintings are in the Oratory, an inner sanctum area only for the Knights. The St. John was painted for the altar of the Oratory. His painting was likely his payment to become a Knight. No photos allowed. Here’s what they look like.

The St. Jerome was done on commission for one of the Knights. It used to hang elsewhere until 1985 when it was stolen by someone cutting it out of its frame. After it was recovered in 1987, it was moved to the Oratory and the Oratory room is now a museum with guards. 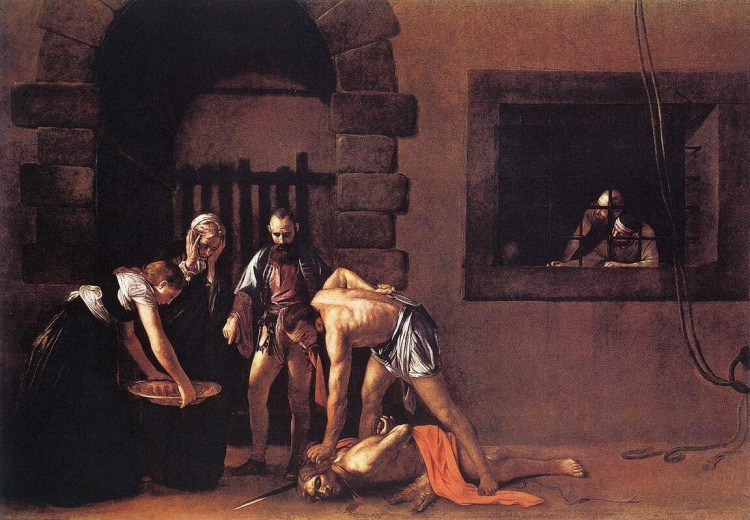 The Beheading of St. John the Baptist is unusual in its depiction of the actual beheading. It is the only painting that Caravaggio signed. In the blood flowing from St. John’s neck, it says “F. Michelangelo”. The F refers to Fra or father indicating that Caravaggio was a member of the order.

Not long after finishing the painting, Caravaggio got into a fight with a fellow Knight. There are three levels of Knights. Caravaggio was the lowest. The highest required you be from a top noble family. Caravaggio’s flight was with one of the top guys. He was thrown into a dungeon dug into the ground in a bell shape to make it impossible to climb out. Somehow, he escaped so he received help from someone. He headed to Sicily. The Grandmaster issued an order to find him and bring him back. When that did not happen, he was tried in absentia and the sentence resulted in him being removed as a Knight. Ironically, his sentence would have been announced in the Oratory, right in front of his painting.

We also visited the hospital built under Jean de Vallette. Now used for other purposes. A book fair was going on when we saw it. Below is the basement level which was undamaged by bombs in WWII. Non-aristocrats were put into this area.

The upper level, where aristocratic patients were, lost most of its roof during WWII. The current roof is mostly a restoration.  Only the dark bit at the very end is original.

Five streams flow into the harbour creating a bunch of peninsulas. The Knights built fortresses on most of them.

Valletta is built on a grid system, making it fairly easy to get around. A number of buildings have enclosed balconies called “galleria”.

The Auberge or housing/hotel, where Caravaggio likely would have stayed as he went through his period of training to become a Knight. The door and window look a bit like the ones in the St. John painting. 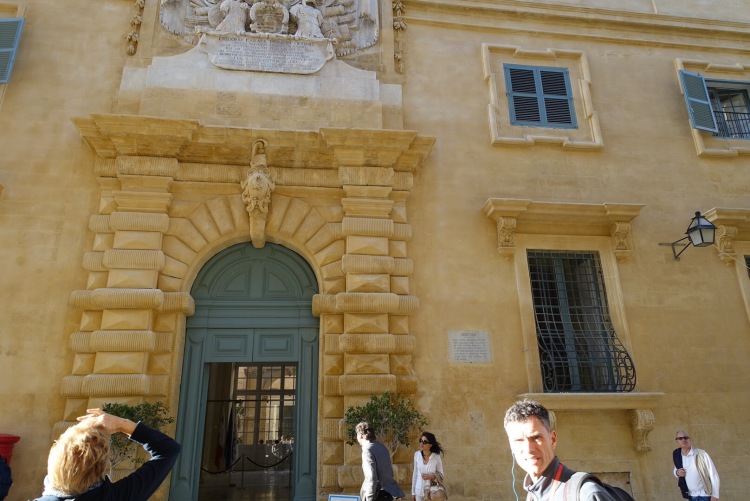 The Valletta Opera House was bombed in WWII.

The Maltese government said it would build a new opera house and the architect, Renzo Piano (architect of The Shard in London, Centre Pompidou in Paris, and LACMA art gallery extension in Los Angeles) was hired. The government then decided to use the new building for the Parliament, instead of opera. The people of Malta were so angry they voted the government out. One member of our tour quipped, “They wanted opera, not comic theatre”. Hilarious! 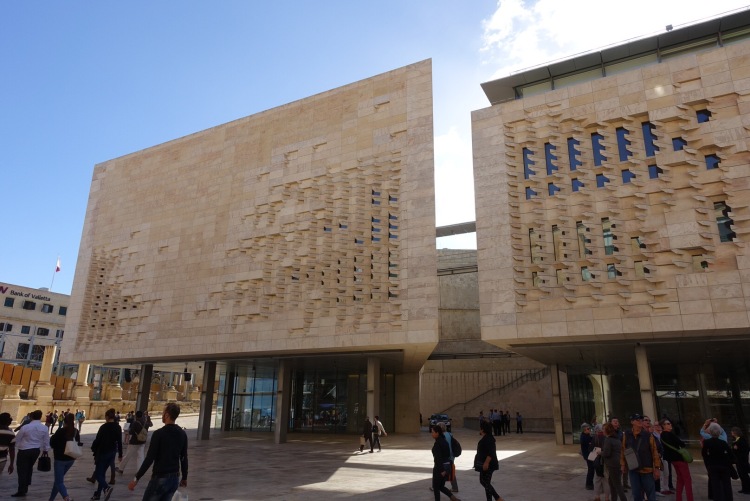