We walked in the historic centre (Centro Storico), the area around our hotel. The streets were built by the Ancient Romans so are on a grid. It helps because the buildings are so high it is hard to see landmarks.

We saw no Caravaggio paintings, only a copy  in San Domenico Maggiore. 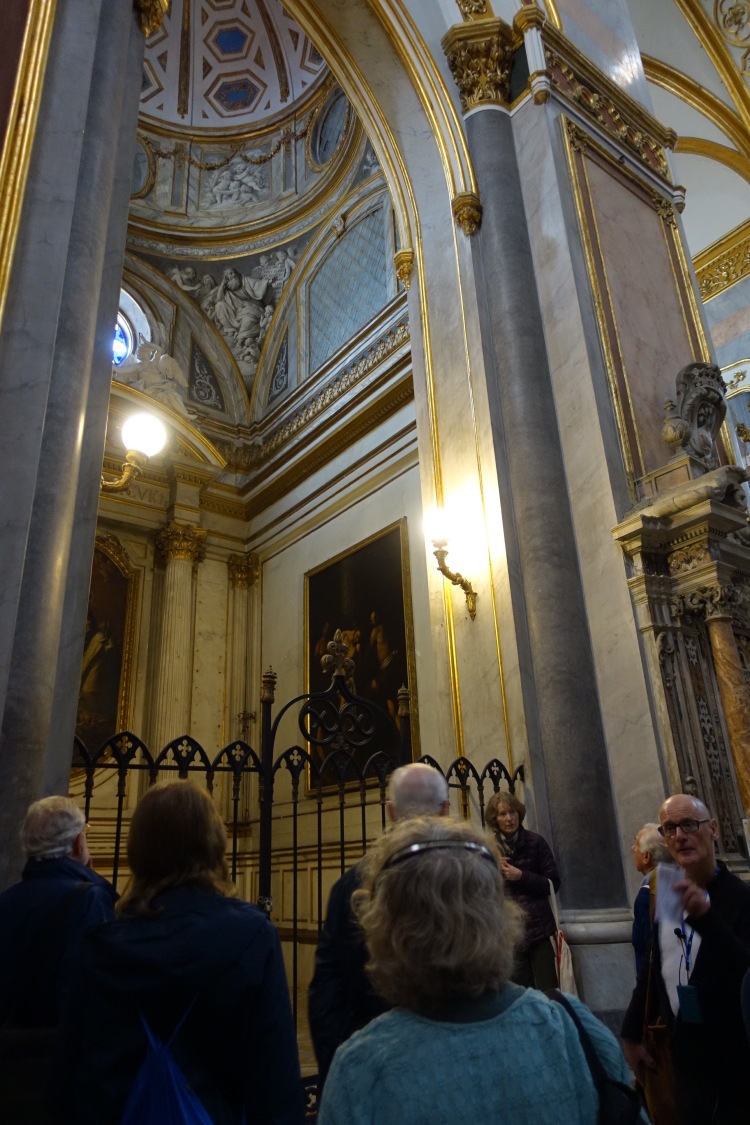 We were then driven up to the top of the Vomero hill to a former Benedictine monastery Certosa di San Martino. We only saw part of it.

We looked at a number of paintings by artists influenced by Caravaggio, known collectively as Caravaggisti.

And views of Mount Vesuvius — too bad the rain was moving in. 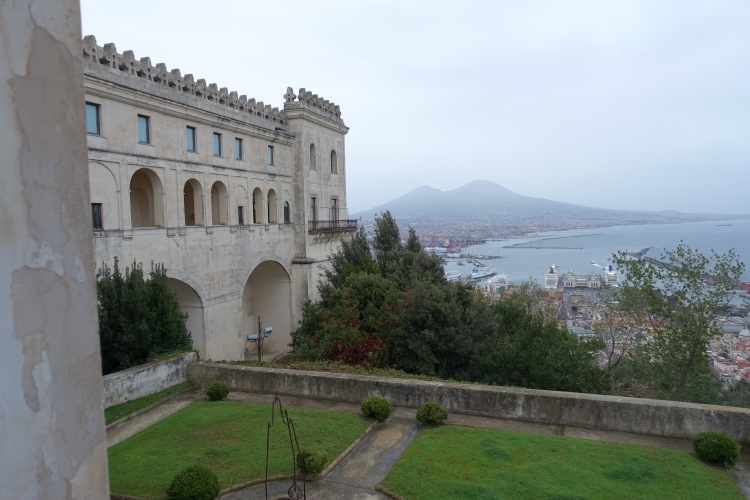 There is also a museum area about presepi, Nativity scenes. This one is not just a stable scene but an entire village: 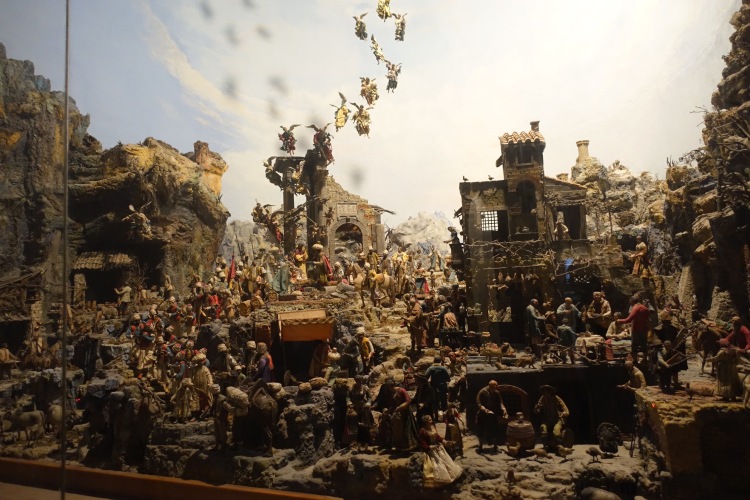 Check out the scale of people to the presepe: 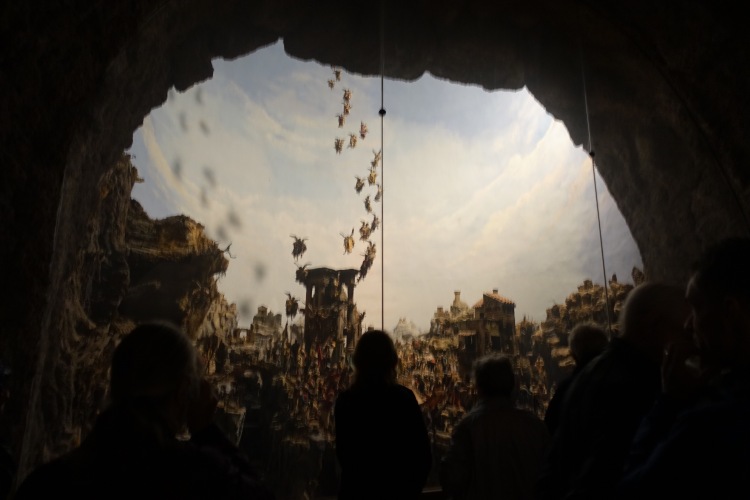