We then went to the wine shop, amazingly, it was open. They looked like they had some good wine selections but we did not really want to be wandering around for hours until the other shops opened carrying heavy wine bottles.  Scott asked when they were open until. The guy he talked to said 5.
We decided to go for lunch to occupy some of the time then go back to the wine shop just before the other shops opened. We went down to the seashore and looked at some of the recommended restaurants. We decided on El Rincon de Pepe. 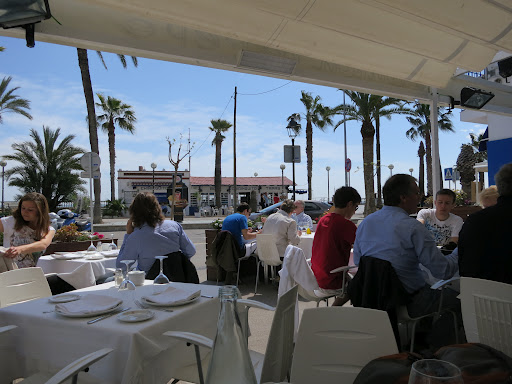 We decided to sit under the canopy because the sun was out and we had been getting sweaty in the heat. While we had lunch, clouds moved over and it sprinkled rain. The diners at tables out in the sunshine had to grab their plates and glasses and move.
We left the restaurant and for a moment, it started to rain and hail. I got out my umbrella, Scott his rain jacket and as soon as we decided to soldier on, it quit and the sun came out. We headed back to the wine shop and Scott audibly groaned as he saw it was closed. We hoped the guy he talked to had misunderstood when he said it was closing at 5 and meant it was opening at 5. As we were walking, we saw what look like a cat garden.

We went back to the market, bought some food stuffs, managed to get to the aseos ( the loos) just before they were closing, then headed back to the shops which had been closed.
We managed to buy some chocolate, a number of bottles of good looking wine and then Scott successfully acquired some silver rings by a local designer.

We headed back to the flat laden with purchases but checked out a few sights along the way. 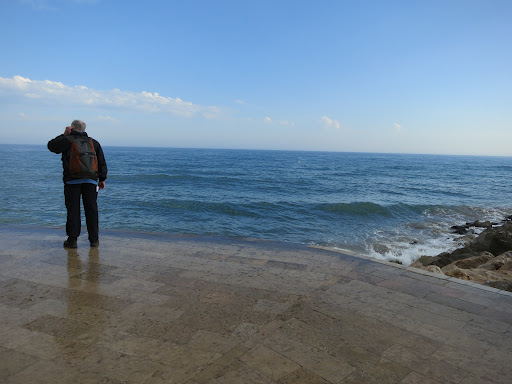 The art museum Cau Ferrat was being repaired and not open. This building, another art museum, was being worked on and also was not open. 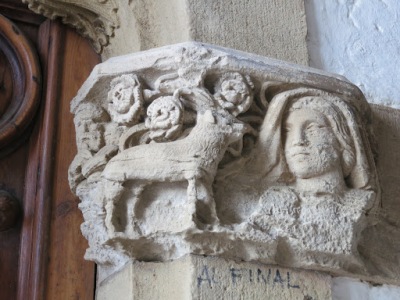 Our flat is supplied with spices, oil, vinegar and sugar as well as pots, pans, dishes and glasses. We cooked ourselves a Spanish tortilla, essentially an omelette. Below is our wine supply which does not include the free bottle of cava the wine shop guy gave us. We have four nights left and plan two of those to be in Barcelona. We think some of the bottles are going to have to be packed back to London, if not Calgary.