It is another sunny day, so we have breakfast in the courtyard. 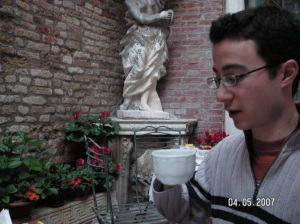 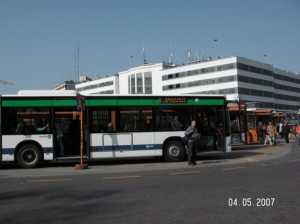 It takes 20 minutes to get to the bus station even though its only 4 stops on the Grand Canal. There are no ticket machines so Robin needs to get in line to get a ticket, but it doesn’t take long. We wander about a bit to figure out where he gets on the bus. Shortly after we find it, a bus pulls up and Robin is soon on his way to the airport. We say goodbye after a great time with our son.

Dropping Robin at the bus station allowed us to discover the direct to Murano vaporetto. 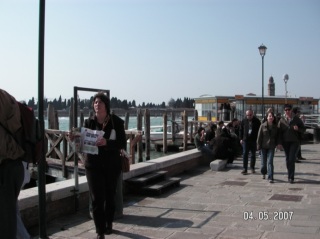 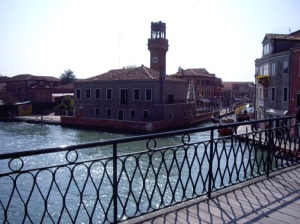 Murano is like a Venice in miniature. It’s called an island but like Venice it is a number of islands with canals and connecting bridges. We’ve come here because Scott is interested in glass blowing. Glass blowers were banished to Murano in the 12th century because of fears about the fires which could be caused by the furnaces necessary for glass making. 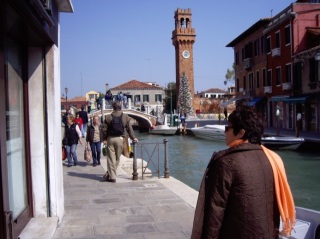 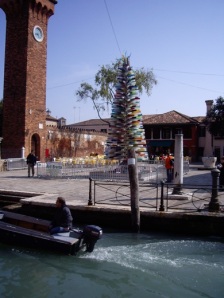 The place has glass shops lining the main streets and the difficulty is figuring out which are selling authentic Murano glass and which are made in China. 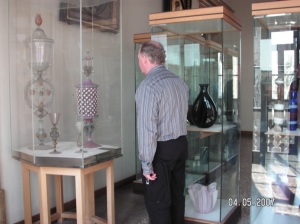 We visit the Museo di Vetri [Fondamenta Giustinian 8, 30121 Murano, closed Weds., admission € 5], the glass museum, which has some good explanatory displays about the glass making process and its history. After, we wander about looking at the furnaces, the glass blowing studios. The small ones are not in operation when we look in. We buy some souvenirs and Scott gets some murrinis which he hopes to incorporate into something he makes in the future. 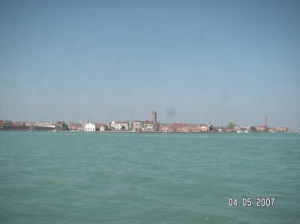 We hop the vaporetto which goes directly back to the stop near San Marco.