After coffee, juice and pain au chocolat, we decided we needed a big walk after the previous day’s dinner. We headed to the Royal Courts of Justice. 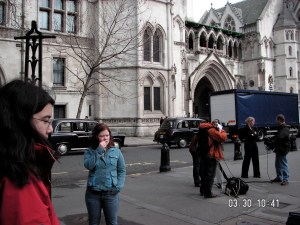 Royal Courts of Justice  A tv film crew was hanging around because of the court case against Dan Brown by two guys claiming he stole their ideas in The Da Vinci Code. 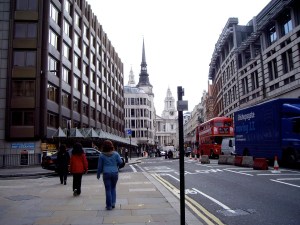 We went into St. Paul’s. Looking around the cathedral was interesting but then we climbed the stairs to the Whispering Gallery. The girls liked it. I didn’t. Too high. 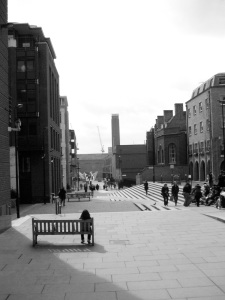 Swiss Re aka the Gherkin in the background 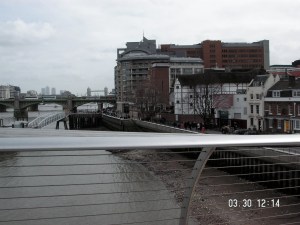 We went to the Tate Modern 7th floor restaurant for lunch where Allie enjoyed a gherkin. 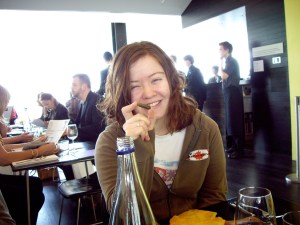 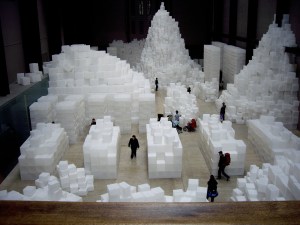 We left the Tate after looking around, stopped at the Globe gift shop and then headed west. 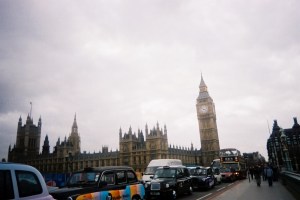 walking Victoria Embankment with the London Eye in the background 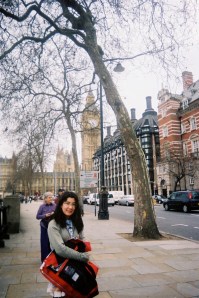 After a stop at a specialty whisky and wine shop, we got back to our rooms for a bit of rest and pre-dinner libations. We headed towards the theatre and then found a small Italian restaurant for quick pasta and pizzas before the theatre. We went to see The Cut at the Donmar Warehouse starring Ian McKellan. 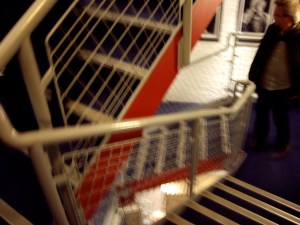 The theatre is very tiny and we felt we were practically sitting on top of the actors from our upper level seats. The play was allegorical and probably difficult for Sidney to follow.